Motorola has launched Moto G Turbo edition which is a successor of Moto G series with expanded and new features. Moto G turbo edition goes on sale on flipkart exclusively. In this article, I am going to explain Moto G Turbo Edition specifications, features and what’s new.

Moto G Turbo edition is an upgraded version of Moto G. This Smartphone from Moto falls under mid-range phones and is priced at 14,499 INR. Moto G Turbo edition can be called as a budget smartphone. Also many of Moto G users will upgrade to this Turbo Edition to add more features to the smartphone. Here is all you need to know about Moto G turbo edition features, specifications and what’s new. 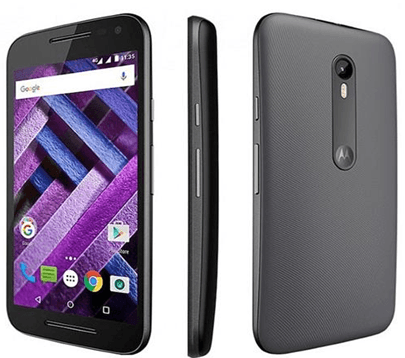 Motorola always uses HD display. Same used here. Motorola provided Moto G Turbo with 5 inch TFT LCD HD display with 294 ppi which looks good for your eyes. Moto G Turbo screen is protected with Corning Gorilla Glass 3 which protects phone from scratches. Overall to say in one word, Display is good but not best as the ppi is less.

Moto G Turbo comes with nice processor and chipset for this price range. It comes with Qualcomm Snapdragon 615 Octacore processor with clocking speed 1.5Ghz which is good at this price range. Designed with Adreno 405 GPU for better graphics and gaming experience. Moto G Turbo gets 2 GB RAM for faster multitasking and excellent gaming performance without any lag. Providing 16 GB internal storage with which you can load more number of apps and games for play store and store your files and music and much more. Even more you can expand storage upto 32 GB with a microSD card which seems to be limited but enough for a normal user.

Moto G Turbo edition built with 2470mAH battery which runs the device for a complete day even browsing and Wi-Fi as claimed by Motorola. Moto G supports Turbo Charging which will deliver up to 6 hours with just 15 min of charging. You can have more fun with high power packed battery on Moto G Turbo.

Author bio: Anil Reddy is a Tech geek and Windows enthusiast. He is a part time blogger managing 5+ blogs as of now. His first and main blog DigitalStacks.org provides Internet tips and tricks, how to guides, apps and working smartphone, pc tricks tested by him. He mainly focus on Windows phone related articles.