Lately taken over by Lenovo in 2014, Motorola Mobility launched its budget friendly smartphone- Moto C Plus. Strictly following the design cues of all Motorola handsets, the latest turnaround in this gadget, is its affordability. Launched in May 2017, it received a warm welcome by first-time smartphone buyers, due to its low price tag. Not just round smooth edges, but also a front panel metal lining adds to the overall appeal of this pocket-friendly smartphone!

Quite shocking but refreshing at the same moment, to see a smartphone under Rs. 7000 having Stock Android. Not just that it supports smooth running of UI elements, has no bloats and adding to that Google Assistant performs pretty well. 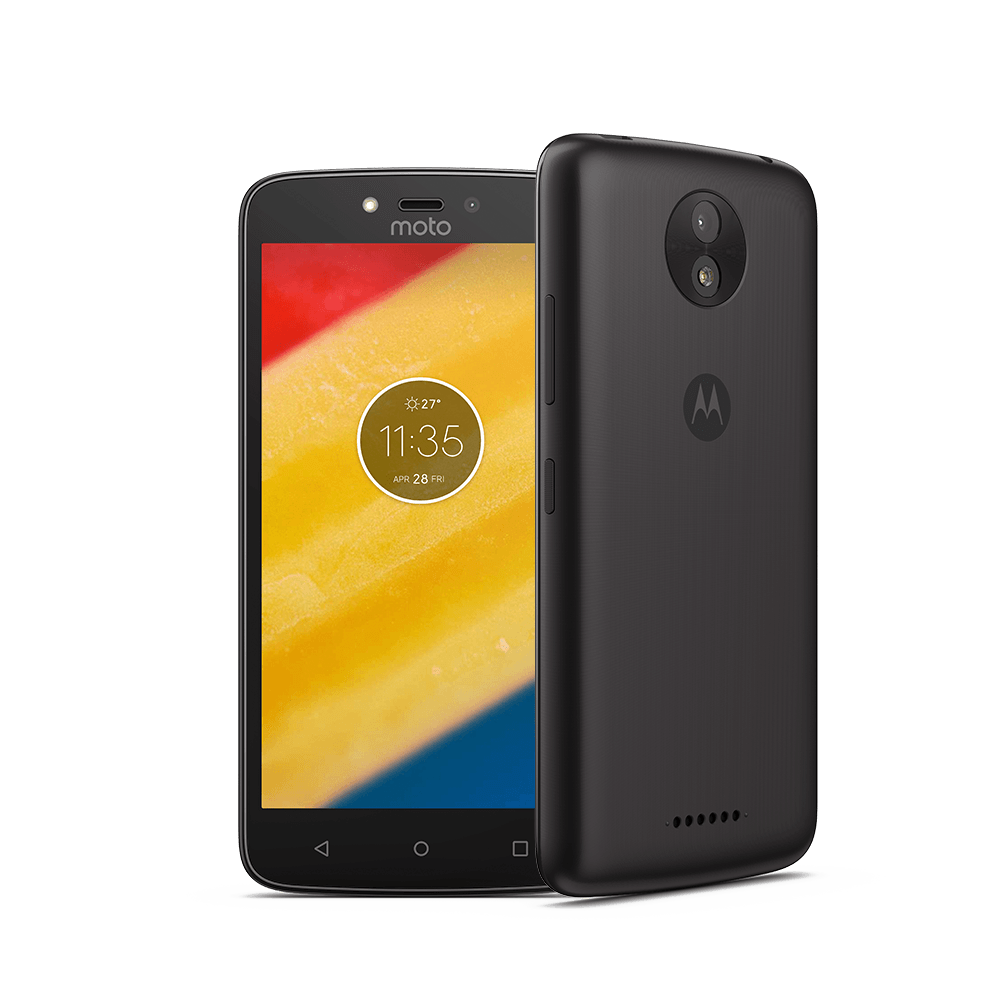 Powered by 1.3GHz quad-core MediaTek MT6737 processor and runs on Android 7.0 Nougat, Moto C Plus comes with a 5-inch 720p touchscreen display and a 4,000 mAh removable battery. Weighing just 162gms this Motorola Smartphone provides its users with an Internal Storage of 16GB which can be expanded up to 32GB and a 2 GB RAM. When it comes to the camera, this smartphone promises an 8MP rear camera and a 2MP selfie camera with front flash. Having dimensions 144.00 x 72.30 x 10.00 (height x width x thickness) it has an absence of a proximity sensor.

Not just the omission of this sensor is a drawback; even the maximum brightness is inadequate to deal with bright sunlight.

Strategically placed between the price range of Moto C and Moto E3 Power, this phone is not just pocket-friendly but also beneficial for the middle-classes. Coming at a price of Rs 6,999 everyone is looking forward to its competition against Xiaomi Redmi 4.

According to stats, with more than 72% recommendations, and an average of 3.9 rating on 5, Moto C Plus is a promising budget smartphone. One of the most received reviews from the users includes its smooth functioning, be it switching from apps or multitasking. This budget friendly smartphone handles it all absolutely fine. Some high-end reviewers do talk about; it’s bright and vibrant display, accompanied with a little bit of pixelation majority because of its slightly low-resolution.

Although some users complained if it’s not so premium feel, due to its plastic construction which makes it heavy and chunky.

Some creative users also remarked the fact that this phone reminded them of old Nokia phone which can be very well used for self- defense.

On an ending note, Moto C Plus could be a step in the right direction for helping the audience with its pocket-friendly budget. Promising a clean interface and no bloatware, Moto C Plus is very basic phone in terms of interface, software, and specifications although a superb performance! In conclusion, going gaga about Moto C Plus’s battery life, Lenovo made sure it becomes one of the redeeming factors of this particular handset. Along with this comes the addition of optimized software, which promises the delivery of this super smooth and long battery life.