And You Still Need a Credit Card Processing Terminal

Whenever new technology comes to fruition, there’s always talk that the latest invention will make older methods obsolete. In some cases, it really works out that way. Scientific American picked up on this and published a schedule that denotes when everyday items are released each year, so consumers can purchase them with enough time before they become obsolete. However, there are many things, like the credit card processing terminal, that will never go out of style. 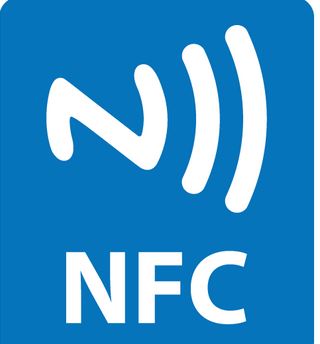 NFC stands for near-field communication. Simply put, it’s a way for two things that are close together to be able to communicate. It’s similar to Bluetooth, but the rate of speed is faster and the devices have to be within about 10-centimeters of each other. Devices can come in either active or passive form. Passive devices are generally chips or transmitters embedded in an item. When someone places an active receiver near the passive transmitter, and elects to check it out, it begins to send a signal. Depending on the information sent, a person may be able to view an ad, watch a movie trailer, learn about an exhibit in a museum, or any number of  things. When there are two active devices, such as two phones, the connection allows data, such as photos, to be shared.

What do NFC, Apple, and Credit Card Processing Terminals Have in Common?

Apple has been working to integrate NFC payment options within their software and throughout the US. An iPhone that’s equipped with NFC, and has the right software, can communicate with a payment kiosk. Basically, this process would negate the need for a credit card. Patrons would simply hold their phone up to a kiosk, tap a button, and be on their merry way. Because of this, some people are claiming that plastic payments will soon be obsolete, replaced by NFC technology.

Why do Merchants Still Need a Credit Card Processing Terminal?

The obvious answer is that a very large portion of transactions are still done in plastic. As of now, debit and credit make up 60-percent of in-store POS purchases. If NFC manages to take hold in the US, it will likely be very slow to catch on. If Japan’s status is any indication, plastic will still reign as the top choice of payments for at least a decade. In the meantime, having a credit card processing terminal will still be a large part of maintaining a healthy, profitable business. Moreover, if they become popular enough to require integration, systems like Shopify’s, already run on Apple technology, which means adding the capability in the future could be as easy as uploading an app, provided a current model is being used.

The facts show that NFC poses no real threat to business occurring exactly how it has been. The ability to accept plastic payments will remain a necessity for merchants. Furthermore, there’s no indication that technology presently used in POS systems will become obsolete for many years to come. This is why Apple did not kill plastic, as some might say, and why merchants should continue to trust in the same technology they have for years.

Next Post How to Create Social Profile Link in about.me