Sony is on cloud nine recently. It is on the verge of announcing its highest operating profit in two decades, showing a complete reversal from the write-downs and lagging behind reviews it received from critics. Having lost market in mobile phones and television, the Japanese giant’s reversal is backed up by demand for camera sensors used in smartphones and gaming consoles like its very own Sony PlayStation.

Sony is expecting its profit to rise 73 percent from the last year. This is humungous considering the flak it received and this massive turnaround is the company’s highest since 1998 fiscal year. The surge in profits are followed by a disastrous series of earthquakes in Japan and one billion write-downs of its film business. 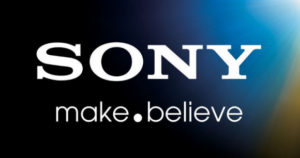 The company said that it will continue to make significant investments in image sensors, which are currently used in Apple’s iPhones. Sony forecasts a 24 percent of growth in sales of its image sensors for the current fiscal year. They also disclosed a plan of upping its image sensor technology by investing 110 billion. Sony believes it will generate strong shareholder returns by meeting its targets.

In January to March quarter, Sony booked a net profit of 27.7 billion from an earlier loss of 88 billion, while its revenue increased by 4.4 percent. “We do acknowledge that the last three years have been pretty dismal” said Kenichiro Yoshida, Sony’s chief financial officer. He also said that fiscal 2017 will be the year to deliver results. Sony’s PlayStation business performed well both in hardware and software results.