Apple and Carl Zeiss optics may be developing a new product. A new source claims it may be an augmented reality or virtual reality product that would be released later this year. There were rumors previously that Apple was working on smart glasses which would be integrated with iPhone to show information. Apple has reportedly talked to the hardware suppliers and ordered a bunch of displays for testing purposes. Apple is yet to shed some light on this so you might want to take this news with a grain of salt. Nothing is confirmed till they announce and rumors have it that we have to wait till 2018 till the release even if they announce it this year. 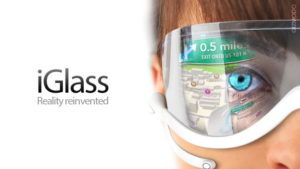 Apple has a handful of patents on Augmented reality to their name and CEO Tim Cook has gone on the records to show that they fully support this technology and noticed that it will play a major role in the future. It remains to be seen how Apple come up with this technology.

Google and Microsoft are already invested in this technology with their products Google Glass and HoloLens respectively. Google has not gained much success and Microsoft too, has not made the product public yet. It will be exciting to see how Apple differentiates this product and how it integrates its values.  VR headsets are slowly becoming a norm, at least in the western world with many big firms banking on this technology. All in all, we are pumped to see Apple jumping in the bandwagon.