In today’s match, Rajasthan Royals will be combating against Chennai Super Kings at Sawai Man Singh Stadium in Jaipur. The organization has scheduled to organize the match on Thursday 11th April 2019 at 8 PM. This is the 25th match in the ongoing IPL season between RR Vs CSK. CSK had already won 5 matches without any struggle against other teams in the IPL season 12. We expect CSK will definitely enter into the final match and there is no exaggeration if CSK wins the tournament this year. 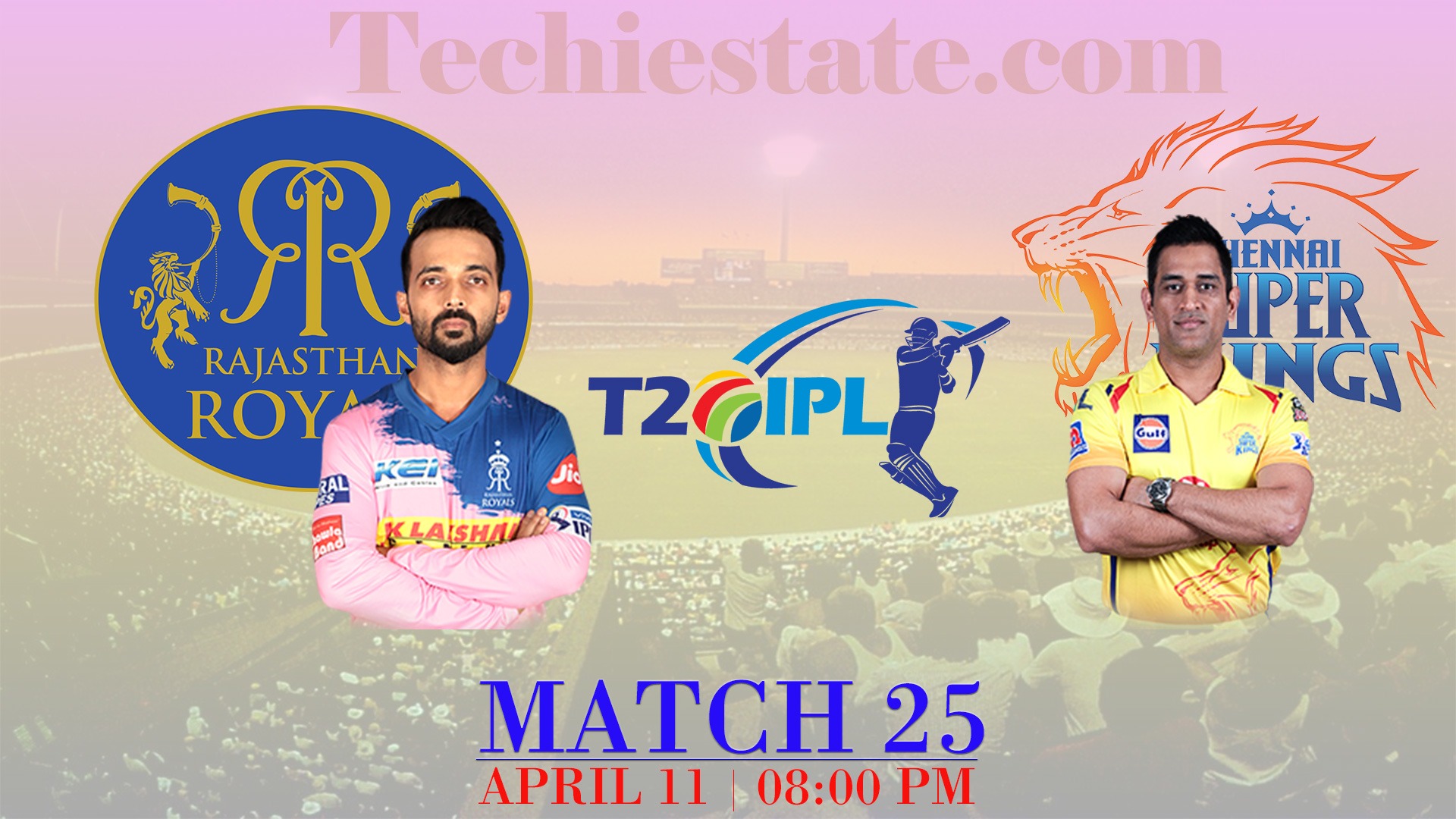 On the other hand, Rajasthan Royals is pretty weak in terms of their performance in their previous matches. They could, however, win 1 match against Royal Challengers Bangalore. The players from this team that includes Ben Stokes, Jaydev Unadkat, Steve Smith and Ajinkya Rahane needs to build themselves as the powerful players in the upcoming matches. Here is everything you need to know about the match prediction details between RR Vs CSK. Get to know the latest updates of live streaming cricket scores, pitch report, latest updates and more. Have a look!

Rajasthan Royals is the low-scoring team in the current IPL season 12. As of now, RR has won only one match against Royal Challengers Bangalore out of 5 matches. It has scored just 2 points in the ongoing IPL points table. RR is highly desperate about winning their next match against Chennai Super Kings. As the match is going to held in the home ground of Rajasthan, they might have chances to win the game. But, there is no expectation among the cricket fans on Rajasthan Royals to win against CSK. Despite having Jofra and Jos as the consistent players, the team requires much more players to set up fire on the ground and require much more wins. In Rajasthan Royals, Jos Buttler is the top performer.

CSK is the topmost and leading cricket team in the Indian Premier League 2019 edition 12. As of now, the team has won 5 matches out of 6 in the current season. It has scored a total of 10 points on the points table. In the previous match, CSK surpassed Kolkata Knight Riders by 7 wickets. Everyone is highly confident about the victory of Chennai Super Kings in the ongoing IPL tournament. Suresh Raina is expected to become the performer of the match from Chennai Super Kings team. Just like every match, we can expect a victory for this team as they are in huge form since their initial match.

Pitch Report: As of now, the temperature ranges between 31 and 34 degree Celsius. Several teams have won the match on this pitch.

Prediction: We expect CSK might win the match as usual.