Royal Challengers Bangalore and Kings XI Punjab are going to combat against each other on 24th April 2019 i.e., on Wednesday. The organization has scheduled to hold the match between the two cricket teams at 8 PM in the evening session. The match will be held at M.Chinnaswamy Stadium, Bengaluru which is the home ground of Royal Challengers Bangalore. It’s the 42nd match which is going to take place today in Bangalore. Every individual who is a huge cricket lover is eagerly waiting for the upcoming match. 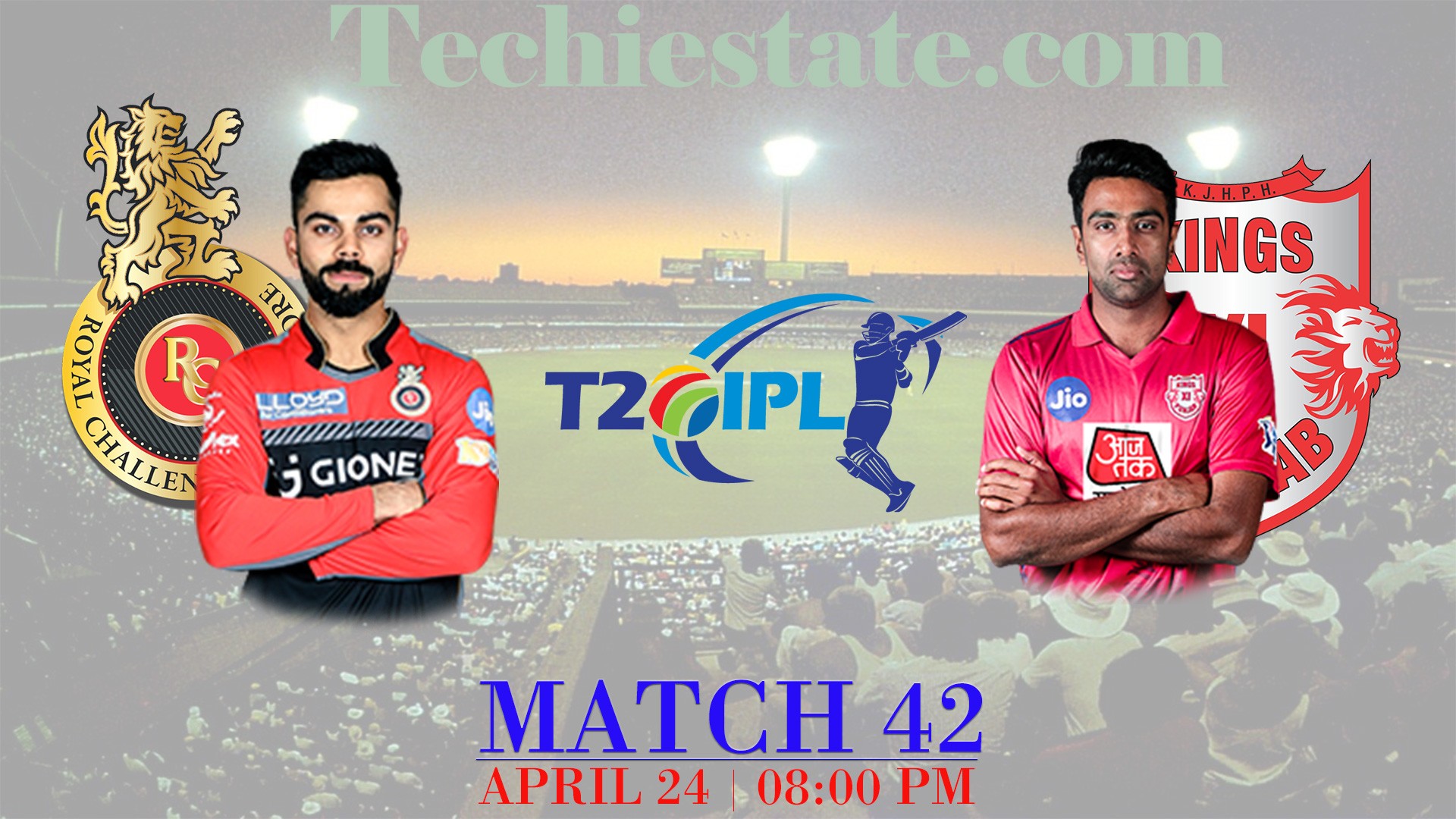 As of now, all the players from both the teams have reached the cricket stadium in order to take part in the match. Kings XI Punjab is maintaining a decent score on the IPL Points table 2019. On the other hand, Royal Challengers Bangalore is gradually making its form by winning 3 matches out of 10 matches in the current Indian Premier League edition 12. Here is everything you need to know about Royal Challengers Bangalore Vs Kings XI Punjab match prediction, match preview, pitch report and more. Have a look!

The Royal Challengers Bangalore seems to come into its form after a couple of consecutive victories in the current season. In order to qualify into the next phases, RCB needs to win all the remaining 4 matches against its opponents. In its previous match with Kings XI Punjab, RCB won the match by 8 wickets. The team led by Virat Kohli might be aware of the significance of each and every game in the ongoing season. All the players in this team have been placing immense effort in each match to win it.

The Kings XI Punjab team which is led by Ravi Ashwin is currently in its 5th position on the points table with a score of 10 points. In order to make their move towards the top position on the table, this team must win the match. As of now, the Kings XI Punjab team have won a total of 5 matches out of 10 in the ongoing IPL season 12. In their previous match, KXIP lost the match against Delhi Capitals by 5 wickets. Till now, they have scored 10 points on the points table.

Pitch Report: Chinnaswamy Stadium has a fantastic pitch so that one can play the match without any difficulty.

Weather Report: In the city of Bengaluru, the weather has turned out to become cool after a few raindrops in the previous week. During the match, the temperature might range between 27 and 28 Degrees Celsius.