After smartphones, probably tablets are the most desirable smart gadgets, which the gizmo lovers look for. Though using the 5 inches and beyond display smartphones is the latest in thing in the market, but the demand od Tablet is nothing new and constant in the market for quite a long time. No matter how well it hits the market, smart device manufacturers keep on releasing tablets every year. Tablets in economic price range are more in demand, where the premium smartphones are something what the common men desire for. Tab is mainly popular for large screen, smooth performance, quality network connectivity support, good memory and stability. Check out this guide if you’re looking for a gaming tablet. 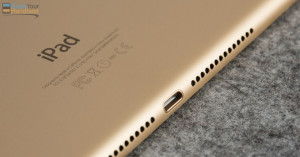 After the great success of Apple iPad Air, Apple’s soul tablet, the Cupertino tech hub launched its successor Apple iPad Air 2 with a 9.7 inch screen. Based on iOS 8 and upgradable to the latest one, this tablet comes with a fingerprint-resistant oleophobic display with 264ppi display resolution. It also comes with A8X chip with 64‑bit architecture processor and M8 motion coprocessor. Its 8MP rare camera compliments mobile photography with another 1.2 MP front camera. Comes in three variants, this tablet is available with three different inbuilt memory of 16GB, 64GB, 128GB. With the 27.3 watt lithium battery, users get a 10 hours of continuous power backup on full charge. 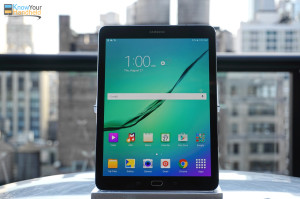 The Galaxy Tab S2 lineup from Samsung consists three different tablets, which includes S2 Nook and Samsung Galaxy Tab S2 9.7 inch. Here, we are talking about Samsung Galaxy Tab S2 8 inch, which has done much better than the fellow devices of its own lineup. Tolerable screen size, slick and elegant look makes it a desirable one. Available in black and white only, this tablet gets the support of Android Lollipop 5.0. This 8 inch device features super AMOLED display with a great clarity and light balance. Featuring a 3GB RAM and 1.9GHz quad-core CPU, this device comes with an 8MP rare and 2.1 MP front camera. With the inbuilt memory support of 32GB or 64GB, it will let you expand your device memory up to 128GB through microSD card and you will also get support of a 4,00mAh battery. 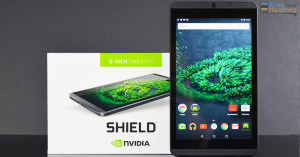 Popular for developing smart gadgets, NVIDIA took advanced step for better gaming on handheld device screen with the launch of Shield Tablet K1. Compatible with the Shield controller, this tablet only gets the support of Wi-Fi for network connectivity. Based on Android Lollipop 5.1 and upgradable to the recent one, this tablet is designed with perfection to give extreme visual satisfaction and clarity over an 8 inch full-HD IPS display with 1920x1200pixel display resolution. Featuring 2.2 GHz ARM Cortex A15 processor, NVIDIA Tegra K1 192 core Kepler GPU and 2GB RAM, this tablet is perfect for continuous gaming. Better with a 5MP front and rare camera, this tablet is equally good in delivering regular images. Comes with 16GB inbuilt memory, this Shield Tablet can be expandable up to 128GB through external memory card. 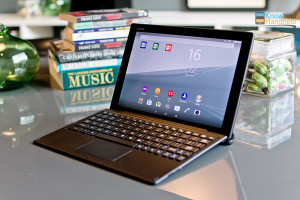 Launched in March 2015, Sony Xperia Z4 tablet is one of the best tabs available in the market. Android users prefer this tablet, because of its fast performance and great stability. The 10.1 inch IPS display comes with 2K display resolution. The scratch resistant glass with anti -fingerprint coating keeps it long lasting. It features 2 GHz Qualcomm Snapdragon 810, 64-bit Octa Core processor, Adreno 430 GPU, 3GB RAM and 32GB inbuilt memory. You can also expand the memory up to 128GB. With 8.1Mp/2.2MP camera support, Z4 tablet is complete device and has an ability to become one of the best android tablets, which provides utmost user satisfaction.

Lenovo, the popular Chinese smartphone manufacturer launched an excellent Android tablet in September, 2015 with the name of Lenovo Yoga Tab 3 Pro. This Android based tablet has Android Lollipop 5.1 and upgradable to the later versions also. Featuring a clear IPS display of 10.1 inch, this tablet has a display resolution of QHD 2560×1600 pixels. Comes with Intel Atom processor and 2GB RAM, this device is stable and performs faster. You can store sufficient data in this device as it offers 16GB inbuilt memory and supports up to 128GB expansion through microSD card. With 8MP/5MP camera and 10200mAh battery support, this device is able to perform continuously up to 18hours and this cheap android tablet is pocket friendly also.