Apple Inc. has grabbed a permit to test autonomous cars in Sam Francisco raising speculations that they may be testing self driving cars and competing in a crowded space of companies trying to bring their self driving cars to the public, the biggest among them being Tesla. Self driving cars are the future and Apple knows it pretty well. Known for their sleek, stylish phones with hassle free experience, apple may continue to work on the same for their cars too. 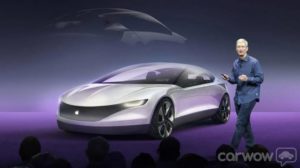 Last Friday, the company was granted the official permission from the California department of motor vehicles to test their autonomous cars. Driving tech is one area where we are likely to see a lot of competition in the future. Tesla, BMW, Mercedes and Apple are the top contenders with tesla leading from the front.

Apple’s secret vehicle project, project titan still is in secrecy with no leaks yet so far. Rumours have it that in them that Apple is not working on the hardware for the cars but on the software part,which play a major role in driverless technology, which is clearly Apple’s forte.

But Apple needs a futuristic mind like Steve jobs to lead this car tech. Driverless technology can be the only hope for accident free future and apple needs to capitalize on that. It is estimated that, in the US itself,  32000 lives are lost every year due to vehicular collisions. Apple needs to bring in a peculiar feature in their technology to survive and maybe, lead in the not-so far way future.