It’s been more than a week since the official commencement of IPL 2019 season 12 between 8 powerful teams and the squads. MS Dhoni and the entire players from the team has commenced the season with two wins in two of the games. They defended the opponent teams through their great team spirit. In the opening game, they destructed the RCB team and suppressed Delhi Capitals team in their second match. Now, it’s the time of Rajasthan Royals either to get suppressed or to win the game against CSK. However, we have to wait until the match begins today at 8 PM on 31st March 2019 at M. A. Chidambaram Stadium. Check out the live streaming scores, latest updates and more about the match. Have a look! 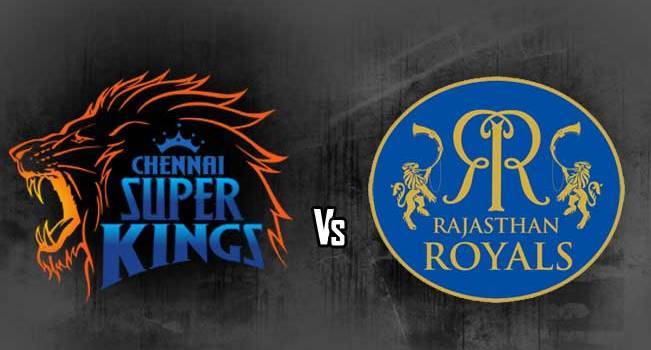 Chennai Super Kings is one of the most popular teams from the IPL 2019 tournament. This team has been evolved in Chennai in the state of Tamil Nadu. The home ground of Chennai Super Kings is M. A. Chidambaram Stadium situated in Chennai. Due to the betting case in the year 2013, this team was suspended for about 2 years from the IPL. Later, they got back into the form in 2018 League match. As of now, Mahendra Singh Dhoni is the captain of the entire team while Stephen Fieming is the coach.

In the years 2010 and 2014, this team won the Champions League Twenty20. Originally, this team was set up in the year 2008. N. Srinivasan is the owner of Chennai Super Kings Cricket team. In short, people call this team as CSK. The second home ground of this team is Maharashtra Cricket Association Stadium in Pune. Till now, the Chennai Super Kings team participated in two matches and successfully acquired the winning title in both the matches. In season 12, CSK is going to play its third match with Rajasthan Royals on 31st March 2019 at 8 PM i.e., in the evening session.

Rajasthan Royals is another prevalent cricket team in the Indian Premier League. This team was set up in the year 2008 from the city of Jaipur. In other words, it is also referred to as Pink City. Manoj Badale is the owner of Rajasthan Royals. The home ground of Rajasthan Royals is Sawai Mansingh Stadium located in Jaipur. Earlier, the team represented in IPL in blue color. Later, they changed it to Pink color in the on-going IPL season 12. As of now, the team is handled under the captaincy of Rahul Dravid while Paddy Upton is the coach of RR team. The secondary home ground of this team is Sardar Patel Stadium located in Ahmedabad.

After the commencement of IPL 2019 Season 12, Rajasthan Royals played two matches against Kings XI Punjab and Sunrisers Hyderabad. Unfortunately, this team couldn’t open its winning point in the IPL 2019 Points Table. Through the match which has been scheduled for 31st March, this team needs to check its luck. In today’s match, both the teams will be playing the match at MA Chidambaram Stadium, Chennai. Despite being it the home ground of CSK, there are chances for Rajasthan Royals to win this game. We expect that RR team will put their maximum efforts so as to acquire their winning title at least with this match.

Venue of the Match

CSK might ask the other team to bowl first so that they have higher chances of winning the toss in their home ground.