Amazon has made a jump in the market of tablets by announcing Kindle Fire HD 8.9. By launching upgraded version of Kindle Fire company is believed to fend off its competitors like iPad and Google nexus 7. Company has tried to do enough of homework to give some serious competition to market bigger players in tablets. 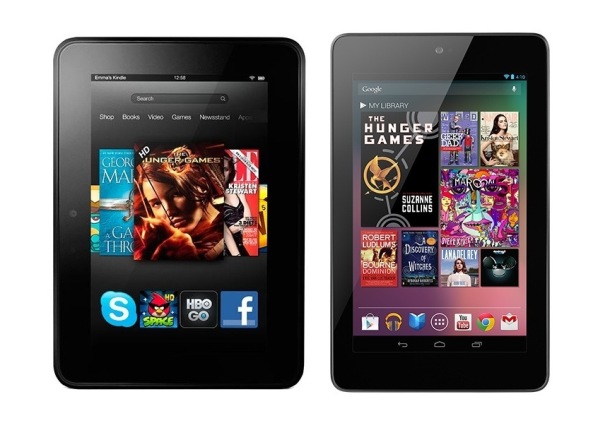 Kindle Fire has got 1980×1080 pixel resolution and the IPS panel on kindle fire HD has got a pixel density of around 254 PPI. This is by all means and practically equally sharp as Retina display of its closest rival iPad which has got 264 PPI of pixel density.

The Kindle Fire HD weighs 567g and is just 8.8 mm thick. Although it can’t withstand 7inch models competition but the tablet is certainly lighter than most typical 10.1inch tablets. The iPad almost weighs 662g which is 100g more than Kindle Fire HD. But if you want a slightly bigger screen space you’ll feel let down.

Amazon has made claims that the Kindle Fire’s dual-core 1.5 GHz processor is more powerful and capable than its counterpart quad-core Nvidia Tegra 3 chip which is found on many android tablets. Although Nvidia gives quad core but OMAP 4470 on kindle fire comes with a 3D graphics chipset. Given this alteration in chipset Kindle Fire is sure to have upper hand and a slight edge when it comes to gaming over the iPad.

If we go by Amazon claims, Kindle Fire is the first tablet to have dual-antennas and dual-band with 2.4 GHz and 5 GHz WI-Fi support. Amazon claims to up the download speed and streaming by 40% compared to the latest iPad. However the increase in Wi-Fi speed depends on the router and/or modem supporting the dual band routers.

The company is taking some small steps to make its new launch more enterprise friendly. The new tab comes with support for Exchange-based accounts for its email and calendar clients.

This version of Kindle Fire is up gradation from previous versions. Because of true wide polarizing filter and Omni-directional full spectrum color the viewing angle great from every corner. The touch sensor laminated to display ensures sharper images with better contrast and 25 percent less glare. It comes packed with dual stereo speakers with Dolby digital plus. Front HD camera is great for Skype chatting.

Amazon has set brilliant standards for tablet pricing and the price of Kindle Fire HD is equally impressive. The base configuration model, with Wi-Fi version and 16 GB of internal storage costs US$299 which is US$100 less than the iPad 2which doesn’t comes along with retina display. The 32GB Kindle Fire HD 8.9 has a price of US$ 369.

The company also has a 4G/LTE version with 32GB storage costs same as iPad retina display at US$499. 4G version equivalent to iPad has a price of US$729

Amazon Kindle Fire HD tablet has got all basic features and is worth a buy for sure but if you are from a region where you can’t access Amazon’s app store then it’ll be better considering its alternative because you’ll be missing out on host of features.