The federal tax id number has come a long way. The first corporate income tax was enacted in the U.S. in 1894, but shortly thereafter was held to be unconstitutional. After ratification of the Sixteenth Amendment in 1909 allowing Congress to levy an income tax, Congress enacted an excise tax on corporations based on income that evolved into the business tax. Amendments to various provisions are standard operating procedure and have been in virtually all revenue acts ever since. Corporate tax provisions are part of Title 26 of the U.S. Code, a/k/a Internal Revenue Code.

During the Great Depression of the 1930s, Franklin Roosevelt (FDR) became president. Highly influenced by British philosopher and economist John Maynard Keynes, FDR instituted his “New Deal,” a massive government expansion and spending program that required massive funding. Taxes, including business taxes, consequently rose at an alarming rate. For the first time in American history, the personal income tax reached into the middle class in an effort to increase revenues. However, historians are of the opinion that such “forced” monetary extraction from desperate middle-class Americans actually prolonged the depression. 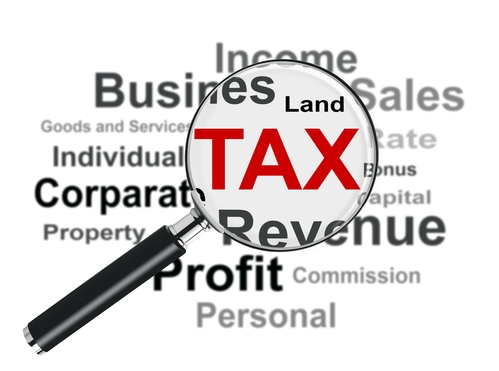 Up until 1934, individual and corporate income taxes had accounted for roughly equal percentages of total federal revenue. Beginning in 1934, however, the corporate percentage started declining, despite the approach and onset of World War II. It bottomed out in 1947 and then slowly increased until 1952, when it accounted for nearly 30 percent of total revenues. Since 1983, the corporate percentage has fluctuated between 6-15 percent of total federal receipts. It stood at approximately 10 percent in 2012. Creating a longstanding and tax structure for people who are filing for a business.

The corporate income tax rate was about 52 percent throughout the 1950s and 1960s, but has remained at 35 percent since 1993. It is one of the highest corporate rates in the industrialized world. Nevertheless, corporate profitability is at a post-WWII high. After-tax corporate profits between 1947 and 2012 were approximately 7.4 percent of national income. In 2012, they had risen to 11.4 percent.

For tax purposes, all business entities may be treated as a corporation or even as a non-corporation. All business entities need to be classified by filling out the Internal Revenue Service Form. If an entity does not classify itself as a corporation, it will be treated as a partnership. This is done for tax purposes in the United States. However, this can be done only if it has more than one owner else it will be considered a disregarded entity in case of a single owner. This classification of the entity only has an impact on the income tax liability.

All entities are expected to make a declaration on Form 8832 however all domestic eligible entities are given a default classification as under:

Until 1936, all the companies were made to pay the same rate of taxes irrespective of their income. The tax rates during crucial stages in history as listed below.

Before 1996, all domestic and foreign entities were termed as corporations and this was based on certain factors that looked at:

Each legal entity that had the qualities of any of the first four factors would be treated as a corporation, an association or a partnership. However, this test was said to be manipulative and this is why in 1996 regulations were adopted to simplify the classification of an entity. This in turn made our lives a lot easier and also helped in benefitting the tax that we pay.