Every individual across the country is enthusiastically waiting for the upcoming Indian Premier League 2019 Season 12. A total of 8 teams take part in the Indian Premier League. Each and every team has its prominence among the public and the fans. The much-awaited IPL 2019 has already started from 23rd March to 5th May 2019 in various cities in and across the country. Till now, we have seen a total of 10 matches in the current IPL season. Each team has shown its powerful skills at the time of playing the match with the opponent team. The Sunrisers Hyderabad and Royal Challengers Bangalore are going to compete in today’s match i.e., on Sunday 31st March 2019. 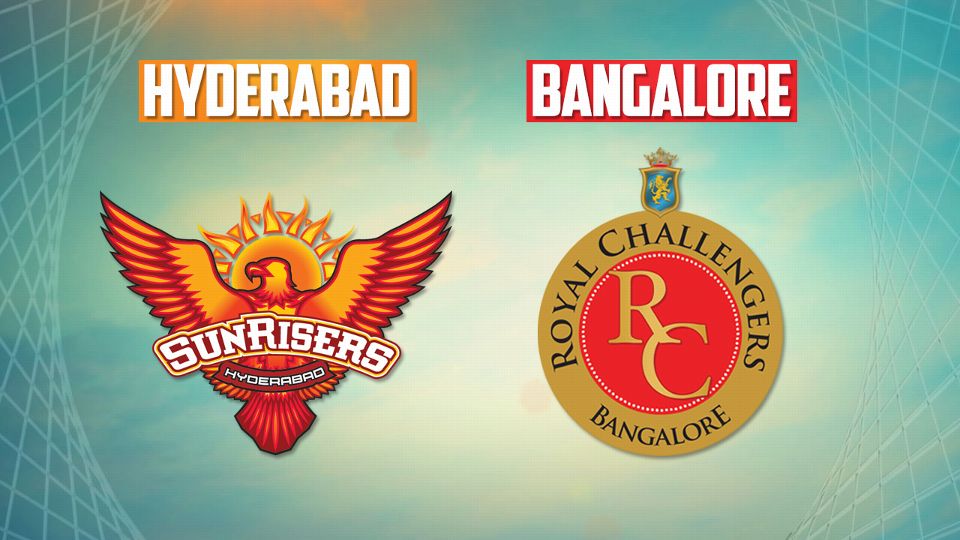 The organization has scheduled to organize this match in the home town of Sunrisers Hyderabad at Rajiv Gandhi International Stadium. As per the IPL Time Table released earlier, this match will be held at 4 PM. Both the teams have immense experience as they have already won several games in the previous IPL seasons. Here is everything you need to know about the batting and bowling performances of the players in today’s T20 Match. In this post, we have included each and every update about the matches played by Sunrisers Hyderabad and Royal Challengers Bangalore team squads from IPL 2019. You can also check out the scores of all matches, live updates and many more. Take a look!

Gary Kirsten is the coach of this team. M. Chinnaswamy Stadium is the home ground of RCB Bangalore team.  Earlier, Vijay Mallya owned the Bangalore team and paid it for a charge of 111.6 US dollars. Royal Challengers Bangalore team was the 2nd whopping bid for a team in the Indian Premier League. In the initial seasons of Indian Premier League, the popular Bollywood actors Katrina Kaif, Deepika Padukone, Ramya, Puneeth Rajkumar, and Upendra roped as the brand ambassadors for IPL.

The RCB team has a massive fan following and acquired passionate fans all over the city of Bangalore. Due to the utmost support received by all the fans and spectators, the Royal Challengers Bangalore team has won numerous matches against other teams from IPL. During the IPL in the year 2014, Royal Challengers Bangalore team is the first and foremost team to offer free Wi-Fi connectivity to all the fans and spectators in the home ground of Bangalore, Karnataka.

AB De Villiers is one of the finest players in T20 matches across the world. He has the ability to make every bowler hunt for the ball in the ground. He has acquired immense popularity for his outstanding numbers in his sports career. The major advantage of this player is that most of the matches are organized in the Chinnaswamy Stadium in Bangalore.

Yuzvendra Chahal is another player who had made his debut in IPL team. He has given his best beginning in the IPL. Till now, RCB took part in a couple of matches in the 12th season of IPL 2019. Moeen Ali is the stable player who has excellent batting capabilities in the team of RCB. He is a great bowler as well who contributes to every match through his bowling skills.

Prominent Players: VVS Laxman is the significant player in Sunrisers Hyderabad while Muttiah Muralitharan might show his topnotch performance in the 11th match of IPL 2019.

Predictions: We expect that in this match, the Royal Challengers Bangalore team might win against Sunrisers Hyderabad.

Check out the live scores and updates of all the matches of RCB and SRH in IPL 2019 through this website. Just stay tuned to this post for more latest and live streaming updates of all IPL T20 matches in the current season.