All the cricket teams in the Indian Premier League Tournament 2019 are actively taking part in their respective matches in the ongoing season. The match between Sunrisers Hyderabad and Kolkata Knight Riders will surely be an exciting match for most of the viewers. As of now, both the teams secured their positions in the middle of the points table. Both the teams have an equal number of winnings in the current edition. SRH is above the KKR team on the table. However, anything can happen in the upcoming match. 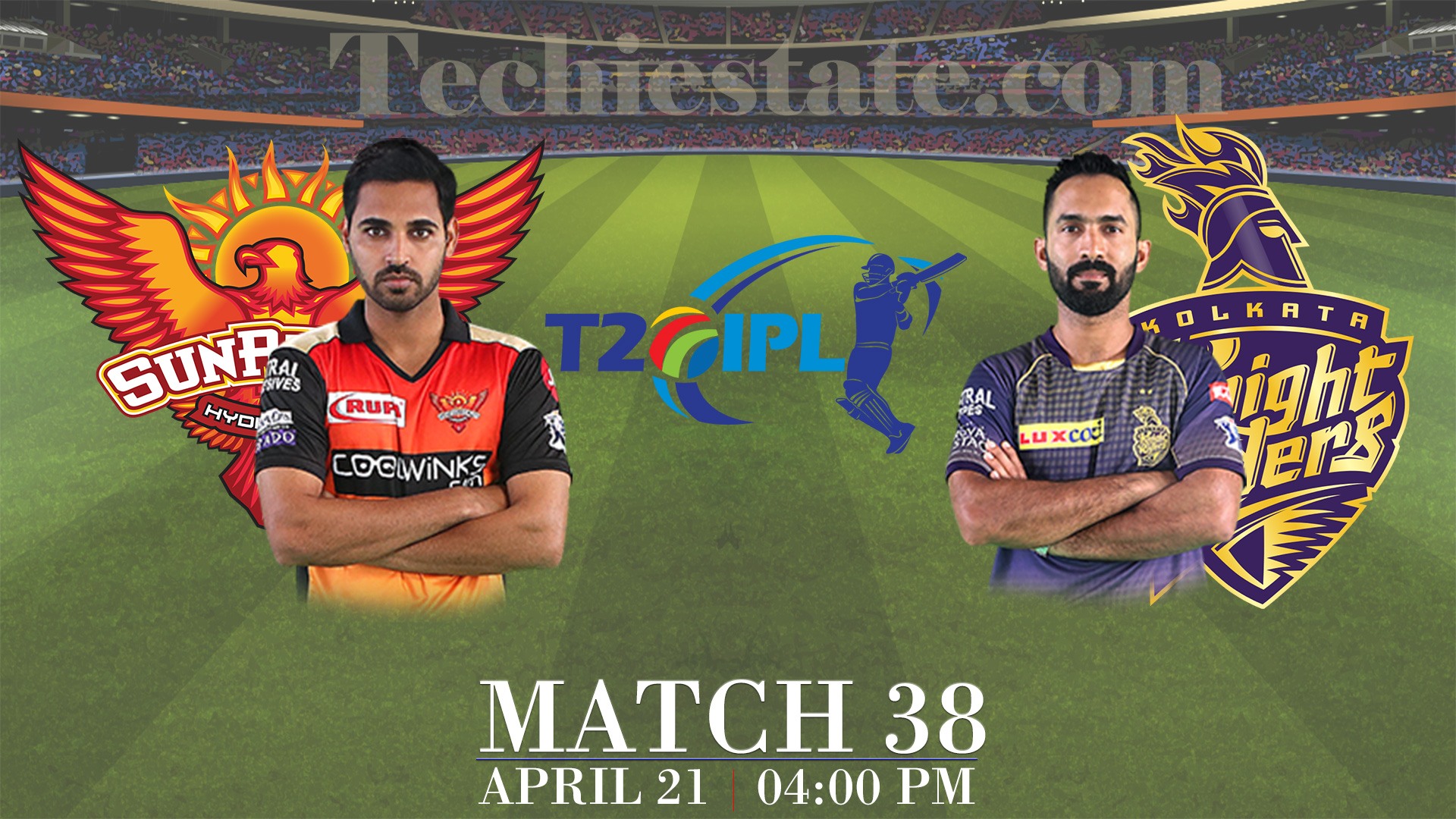 The organization has scheduled to hold the match between SRH Vs KKR on 21st April 2019 at Rajiv Gandhi Internation Stadium in Hyderabad. The match is slated to begin at 4 PM in the evening session. In this 38th match, both the team players might show their excellent performances and enhance the excitement among the audience. Here is everything you need to know about the upcoming match between SRH Vs KKR 38th match. Get to know the information about the match prediction, pitch report, weather conditions, live streaming updates and more.

As of now, Sunrisers Hyderabad is seeking to improve its gameplay after their previous match against Chennai Super Kings. The Hyderabad team could defeat the most powerful team in the ongoing IPL edition 12. Hence, we can expect more from this team players and there is no exaggeration even if they win the match over KKR. As of now, the team has won 4 matches out of 8 in the current edition and scored 8 points on the IPL Points table. The bowlers have done excellent bowling in their previous match. The batsmen might show their outstanding skills in the upcoming match.

KKR is another popular cricket team in the ongoing Indian Premier League. This team has lost a total of 4 matches continuously against different teams in the current season. It looks as if the team has lost its energy and power like before. Till now, they could manage to win a total of 5 matches being one match as a tied one. We expect that KKR might have less number of chances to win the game as most of the elements are supporting the SRH team. For instance, the match is being held in the home ground of Sunrisers Hyderabad which is a huge plus point for the team.

Pitch Report: With the last few matches, the pitch and the entire cricket ground in Hyderabad have undergone a drastic change.

Prediction: As per our prediction, SRH might win the match in its home ground.  Vijay Shankar and Robin Uthappa might be the top performers from SRH and KKR teams respectively.