We all want the biggest and best new technology. We want everything connected, fast and with voice technology. Smart TVs are a dream for tech lovers, but they’re also an easy way for hackers to get your information. While you may scoff at this, it’s a very real risk that you need to be aware of. In fact, it could have already happened. 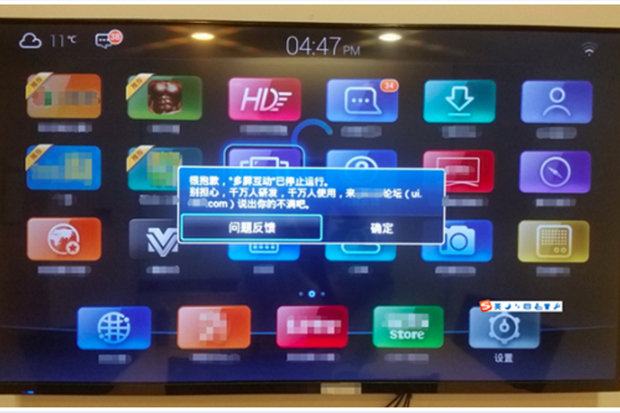 Due to some unfortunate wording in its privacy policy, Samsung sent the media into a frenzy with tales of how their smart TVs were always listening in on you. However, the voice recognition software isn’t actually activated until you say one of the key phrases that it’s trained to pick up on.

As a result, Samsung did a rewrite of its policy to make sure users know their information is secure. In an absolute worst-case scenario, your voice recognition would somehow be on without you noticing and what you said would be sent for voice processing. However, Samsung ensures that everything is encrypted.

Even though smart TVs aren’t actively spying on you, they aren’t ensuring that no one is watching you. People aren’t used to needing to be worried about their TVs. It’s still seen as an entertainment device, even with all the abilities they have now. We’re used to making sure our phones, computers and tablets are secure, but we need to worry about our TVs now, too.

The TVs are connected to the Internet, which means hackers can use them to gain access to your home network and all of the devices that are connected to it. Vulnerability in a bunch of popular apps could lead to your information being compromised, and researchers from ReVuln Ltd. have already done it.

Any security holes are less likely to be patched up as quickly as they would be in a phone. A company may just wait until the next model to fix the problem instead of releasing a patch for all of the generations. Make sure you’re doing all of your updates just in case, as they could provide a crucial fix for a problem such as this.

Whenever your TV, phone or tablet is listening to you, it takes the voice recording and sends it to a third party in the cloud to process it, and then return a translation. In addition, there might be an actual human listening in to see how well the audio matches up with the text and what can be improved.

There’s no way of knowing if that data is getting intercepted. For all you know, that person listening in could be your worst enemy and now they have dirt on you. If that third party is collecting and storing any of your data, there’s almost no way for that to be anonymous.

So How Do We Fix That?

There’s no need to use the cloud when you don’t need data, so this is perfect for telling your TV to play a show or set an alarm. The cloud can always be there as a backup for when it’s needed, but why use it when it isn’t necessary? This could greatly improve security.

More security measures should be added as well, like the TV only responding to certain voices, someone who’s carrying a remote or smartphone that the TV recognizes or using voice passwords that others don’t know.

Manufacturers need to make security a priority before widespread attacks using these vulnerabilities are carried out. Security checks should take place regularly and patches should be issued for any of the problems they find instead of waiting for the newer model to implement them. Voice-recognition software also needs to be thought through and moved to the safest option.

What Should You Do Until Then?

Though they’re getting increasingly harder to find, there’s the option of getting a TV that isn’t smart. If you just want Netflix and Hulu, consider watching on your computer or getting something like Chromecast to plug into your TV.

If you’re super paranoid, avoid putting a smart TV in the bedroom and don’t turn on the voice recognition features at all. Slap some tape over the microphone if that isn’t enough for you.

The dangers of being hacked are real and we can only hope it doesn’t become widespread before manufacturers decide to do something about the problem. Until then, be smart about your technology. You never know who’s listening.

Megan Nichols is the editor of Schooled By Science. She loves discussing the latest advances in technology and other scientific discoveries. Follow her on twitter @nicholsrmegan.