Samsung has just unveiled its flagship smartphone, Galaxy S8, which will be up for sale by the end of April. Apart from the flagship smartphone, Samsung has been involved in bringing number of smartphones in every major price bracket. Samsung Galaxy J7 has always been a mid-ranger, price-wise. Now, Samsung Galaxy J7 (2017) with a codename SM-J730FM has received Bluetooth certificate. The phone has already been appeared on US Federal Communications Commission (FCC) and has received WiFi certificate, too. 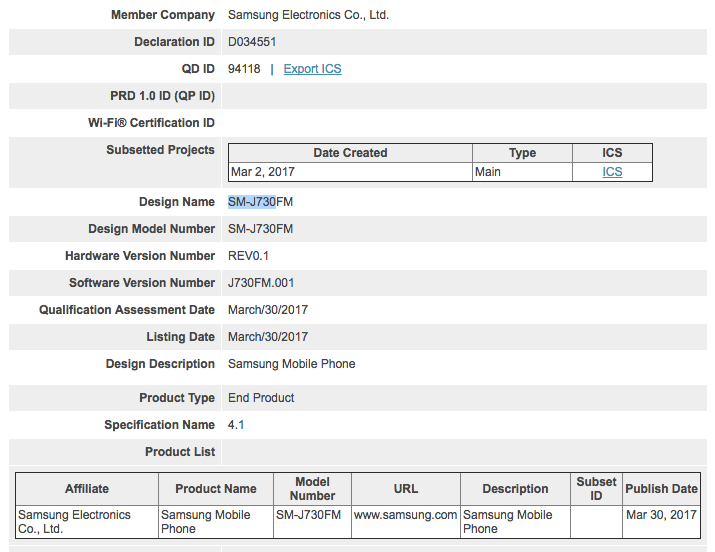 The Samsung Galaxy J7 (2017) is expected to come with a 5.5-inch full HD display backed by a 2.2Ghz octa-core processor. RAM could be 2GB, while the storage space is rumoured to be 16GB. A 13MP rear-facing camera could be fitted along with a 5-megapixel selfie camera. A 3000mAh battery is also expected.