After acquiring the first victory in the previous match against RCB, Rajasthan Royals has come back with its form in the current IPL season 12. Today, Rajasthan Royals is going to combat against Kolkata Knight Riders. It is the 21st match which is going to take place at Sawai Mansingh Stadium in Jaipur. As it is the home ground for Rajasthan Royals, this team have higher chances to win the match. Kolkata Knight Royals is in a fantastic form by winning 3 matches out of the 4 matches in this current edition. 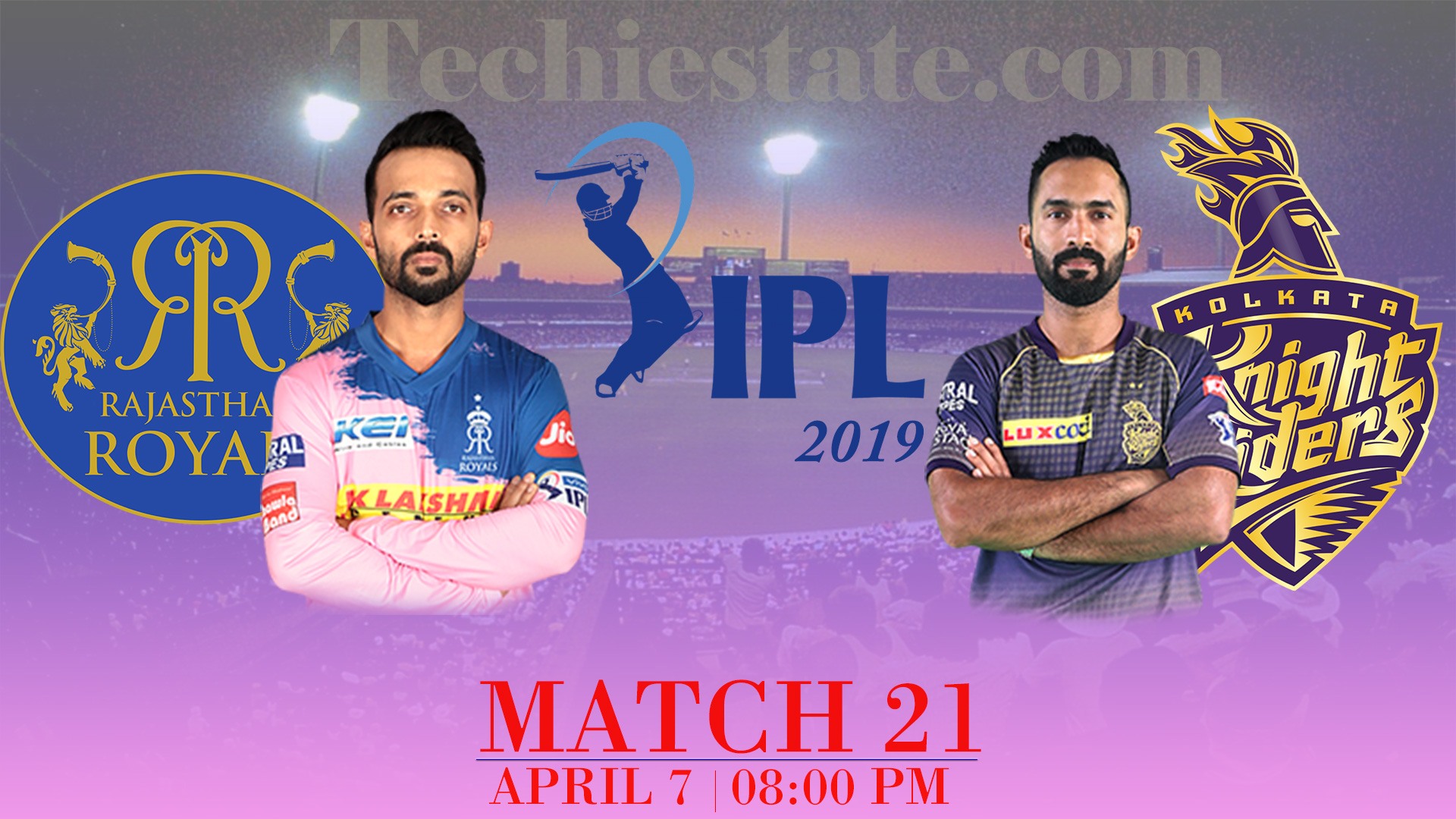 On Sunday 7th April 2019, both the teams have geared up to take part in the highly interesting match. Everyone is highly anxious about the match and predicting the match winners in today’s match. KKR is in 3rd position on the IPL Points table. Recently, KKR won over RCB by wickets. We presume that KKR has the ability to win the match against RR as it has top-notch players in its squad. Here is everything you need to know about RR Vs KKR match preview, latest updates, cricket scores, live streaming, pitch report and the highlights of the match. Have a look!

After RCB, Rajasthan Royals seems to be the weakest team in the current edition of IPL. This team lost the first 3 matches initially and won in the match against RCB. We presume RR might play well in their home ground compared to different stadiums in the country. From the team of Rajasthan Royals, Jos Buttler is one of the topmost performers in the match. Some of the players such as Ben Stokes, Rahul Tripathi, and Sanju Samson have bagged the best innings in the current season. We expect more from the players such as Steve Smith and Ajinkya Rahane.

Kolkata Knight Riders are on a huge fire as they have already won three matches in the current edition of IPL. Dinesh Karthik who is the current captain of the team seems to handle all the players in a precise manner. The players from KKR are about to play their next match in the home ground of Rajasthan Royals. For Kolkata Knight Riders, Andre Russell set out to become the leading performer.

Where to watch Live Streaming?

Pitch Report: Today, the weather seems to be medium around 34 degrees all through the match. The pitch is quite good for the batsmen from both the teams.

Prediction: We expect that Rajasthan Royals might win the match on 7th April at 8 PM over Kolkata Knight Riders. RR has a probability that they play in the home ground i.e., in Jaipur.