Finally, the Royal Challengers Bangalore team could win 2 matches in the ongoing Indian Premier League season 12. On the other hand, CSK is the powerful cricket team in the season that has already topped the points table. Now, it’s the time to watch the combat between RCB Vs CSK at M.Chinnaswamy Stadium in Bengaluru. We can witness an immense exhilaration among the audience regarding the winner in the upcoming match. The organization has scheduled to hold the 39th match on 21st April 2019 i.e., on Sunday. The match will be organized in the Bengaluru stadium at 8 PM in the 2nd session. 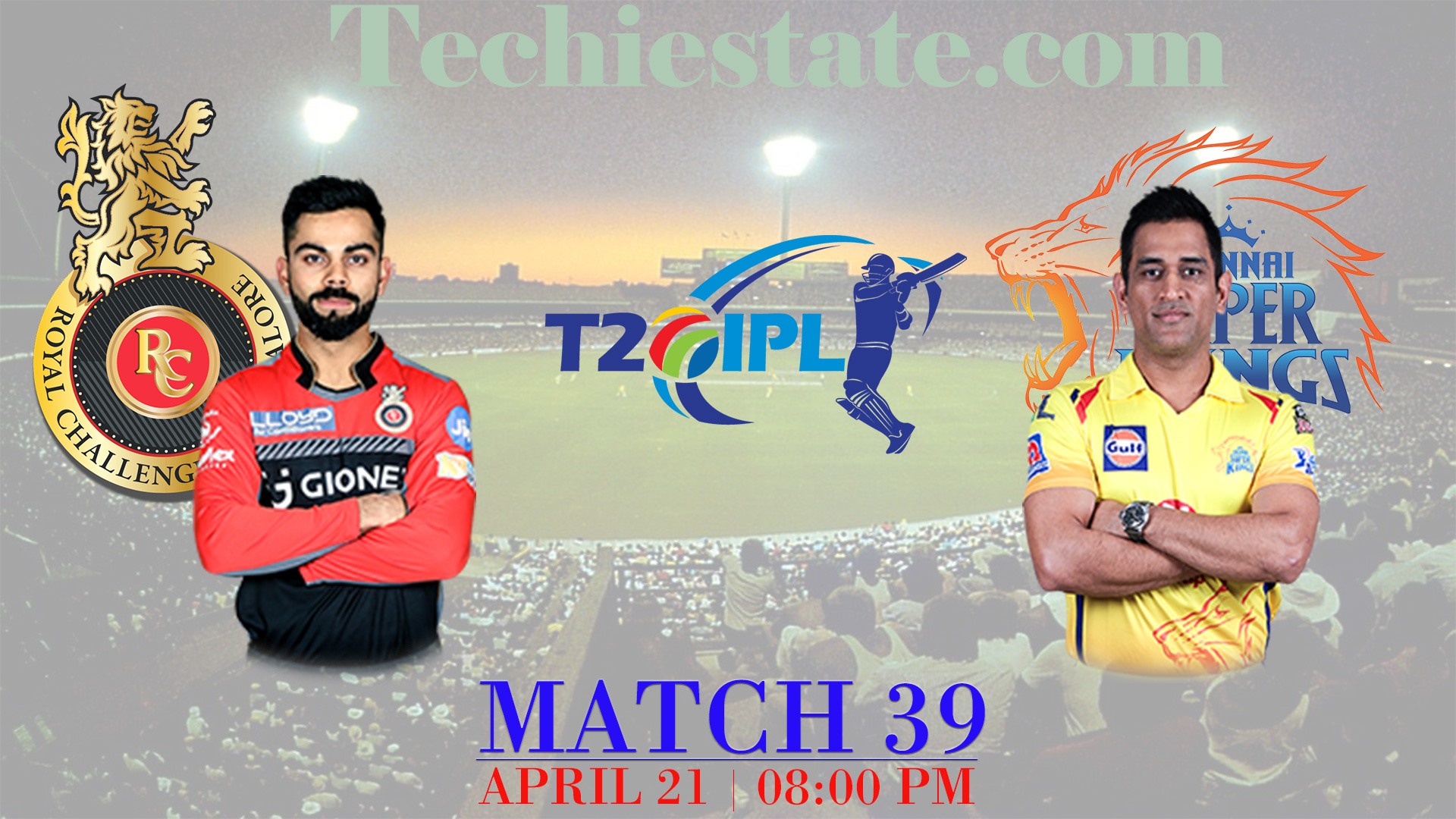 Now, the Royal Challengers Bangalore is seeking to play the match against the compelling team of IPL 2019 edition 12 i.e., against CSK. From the team of RCB, we can find Virat Kohli and AB de Villiers. On the other hand, CSK has MS Dhoni as powerful players. Despite losing a match against Sunrisers Hyderabad, Chennai didn’t lose their confidence. Moreover, there is no impact on the team even after losing a match. Still, the CSK team is on the top position of the points table. Here is everything you need to know about IPL Season 12 match between RCB Vs CSK. Get to know the latest updates, live streaming details, cricket scores and more on this post.

Royal Challengers is the team that has to boost its confidence in its upcoming matches in the current edition of IPL 2019. As of now, the RCB team is placed at the bottom of the IPL Points table. Till now, the team has won only 2 matches out of 9. On the other hand, CSK has completely opposite scores and match winnings. Today’s combat is between the top scorer and the least scorer in the ongoing IPL. The match will be carried out in the home ground of RCB i.e., in Bengaluru.

Chennai Super Kings is one of the best teams in the current Indian Premier League 2019 season 12. As of now, CSK won a total of 7 matches out of 9 matches. Recently, they lost a match against SRH by 6 wickets. The team has scored 14 points on the points table. All the team members of CSK have reached Bengaluru for taking part in the next match between RCB and CSK.

Pitch Report: There are no much variations in the Chinnaswamy pitch in their last two matches. In the upcoming match, the team players could make high scores due to the condition of the pitch.

Prediction: Chennai Super Kings team have maximum chances to win the match over Royal Challengers Bangalore. However, some things might alter in a less span of time. So, if a miracle happens, RCB could win the powerful team in the current season.

Stay tuned to this website for more live streaming scores, cricket updates, pitch report, match preview, predictions and more. For more updates, bookmark this website and get notifications directly to your mobile.