Royal Challengers Bangalore and Rajasthan Royals have prepared well for taking part in the upcoming match today at Sawai Mansingh Stadium, Jaipur. On Monday, KXIP won against Delhi Capitals by 14 runs in 13th Match. RCB and RR haven’t witnessed a victory in the 12th season of IPL 2019 in their first 3 matches. They became the bottom-rankers in the current season compared to the remaining cricket teams. There is an equal amount of stress on both the teams in the IPL season. However, RR has the benefit of handling the critical situations that offer an edge over RCB. 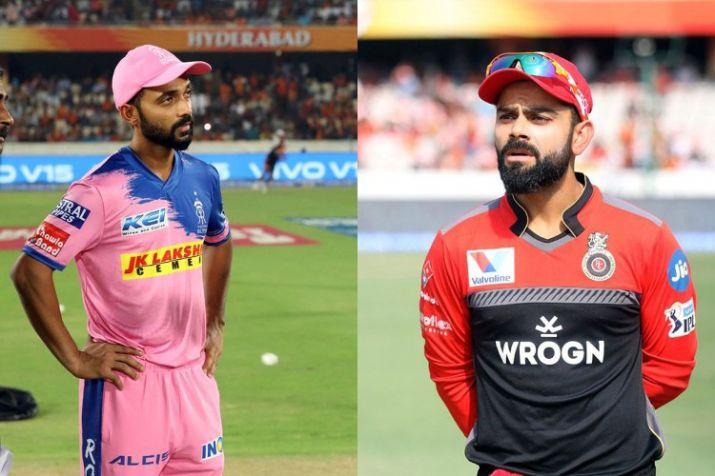 After continuous losses in the ongoing IPL 2019, both the teams have specific issues with it. Here is everything you need to know about Rajasthan Royals Vs Royal Challengers Bangalore match predictions. We have included the complete list of players from both the teams, information about the match, live cricket stream and the live scores of the cricket matches. Have a look!

In the previous match, Rajasthan Royals and KXIP played against each other at Sawai Mansingh Stadium. However, they lost the match. We expect that the RR team might win the toss and chose to bowl initially. The Captain Ajinkya Rahane was fined Rs 12 Lakh for maintaining a slow over-rate while playing the match against CSK. RR has a powerful team of players that include Jos Buttler, Ben Stokes, Steven Smith, and Sanju Samson.

Despite having Virat Kohli and AB de Villiers in Royal Challengers Bangalore team, they couldn’t win a single match since the commencement of IPL 2019 season 12. At the time of batting, Virat and AB de Villiers can deliver their excellent batting skills in today’s match against RR. In this season, Kohli hadn’t marked this season with his skills in batting. However, we expect the skipper might come back in a powerful manner through this match.

When & Where to Watch Live Streaming?

For more related updates and information about RR Vs RCB match, just visit this website. Stay tuned to this website for more live cricket scores, streaming updates and more.