In the 24th VIVO IPL 2019 match, Mumbai Indians will play against Kings XI Punjab at Wankhede Stadium in Mumbai. The match will be hosted on Wednesday 10th April 2019 at 8 PM in the home ground of Mumbai. In the previous matches, MI and KXIP have defeated Sunrisers Hyderabad and enhanced their points respectively. As of now, both the teams have immense boasting in the season as they have already won their previous match against SRH. However, KXIP is in the lead on the points table.

With the outstanding debut of Alzarri Joseph, MI surpassed SRH by 40 runs in their last match. On the other hand, KL Rahul made a half-century in the current tournament. Through this, the team could gain additional score and won the match against SRH. It is the 24th match in the IPL tournament. Here is everything you need to know about the details of the upcoming match which is going to organize in Mumbai. Check the match updates like score, wickets, performance of the players from both the teams and more in today’s match between MI Vs KXIP. Have a look! 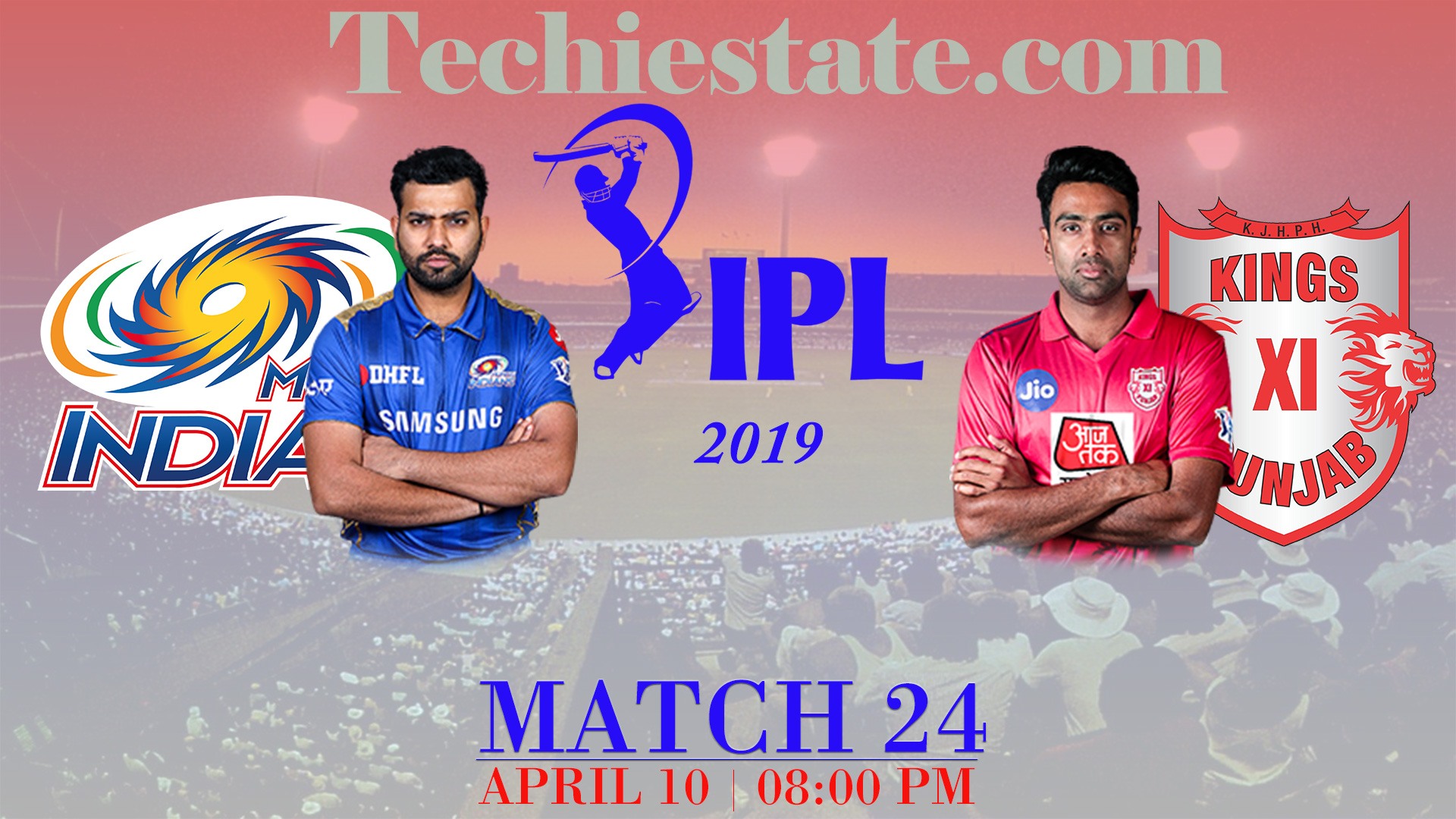 Mumbai Indians is one of the popular cricket teams in the Indian Premier League 2019 edition 12. Till now, MI has won 3 matches out of 5 in the current season. Today, the team is going to combat against Kings XI Punjab, one of the leading teams in the on-going IPL. Despite losing 2 matches, the team players haven’t given up their confidence. As today’s match is going to be organized in the home ground of MI, they might have probabilities to win the match over KXIP.

Kings XI Punjab is another powerful team in the IPL tournament. As of now, this team has secured the top 3rd position in the points table. It has scored 8 points in the current edition. Till now, KXIP won a total of 4 matches out of 6 in the current IPL season. Recently, this team played their match against Sunrisers Hyderabad and won the match by 6 wickets. Now, every cricket lover has immense confidence in this team that they would definitely win today’s match over Mumbai Indians.

Prediction: Despite entering the field with a slow beginning, we expect a defeat to Kings XI Punjab in today’s match. Most of the elements are in favor of the Mumbai Indians including the venue. However, KXIP which is in the leading position on the points table has equal chances to win the match.

Stay tuned to this website for more latest updates on live cricket match in Mumbai in the ongoing IPL season 12. Get to know the live cricket scores, match preview, pitch report and more on this portal.