In today’s Indian Premier League match, Kings XI Punjab and Sunrisers Hyderabad are going to battle head to head. On Monday 8th April 2019, the organization has set to organize the match between KXIP vs SRH at Punjab Cricket Association IS Bindra Stadium, Mohali. Both the teams have reached Mohali to take part in the upcoming match. As of now, Kings XI Punjab has won a total of 3 matches out of 5 matches. On the other hand, Sunrisers Hyderabad is in complete form by winning 3 matches out of 5. Both the teams have similar points and are highly desperate to win their subsequent match. 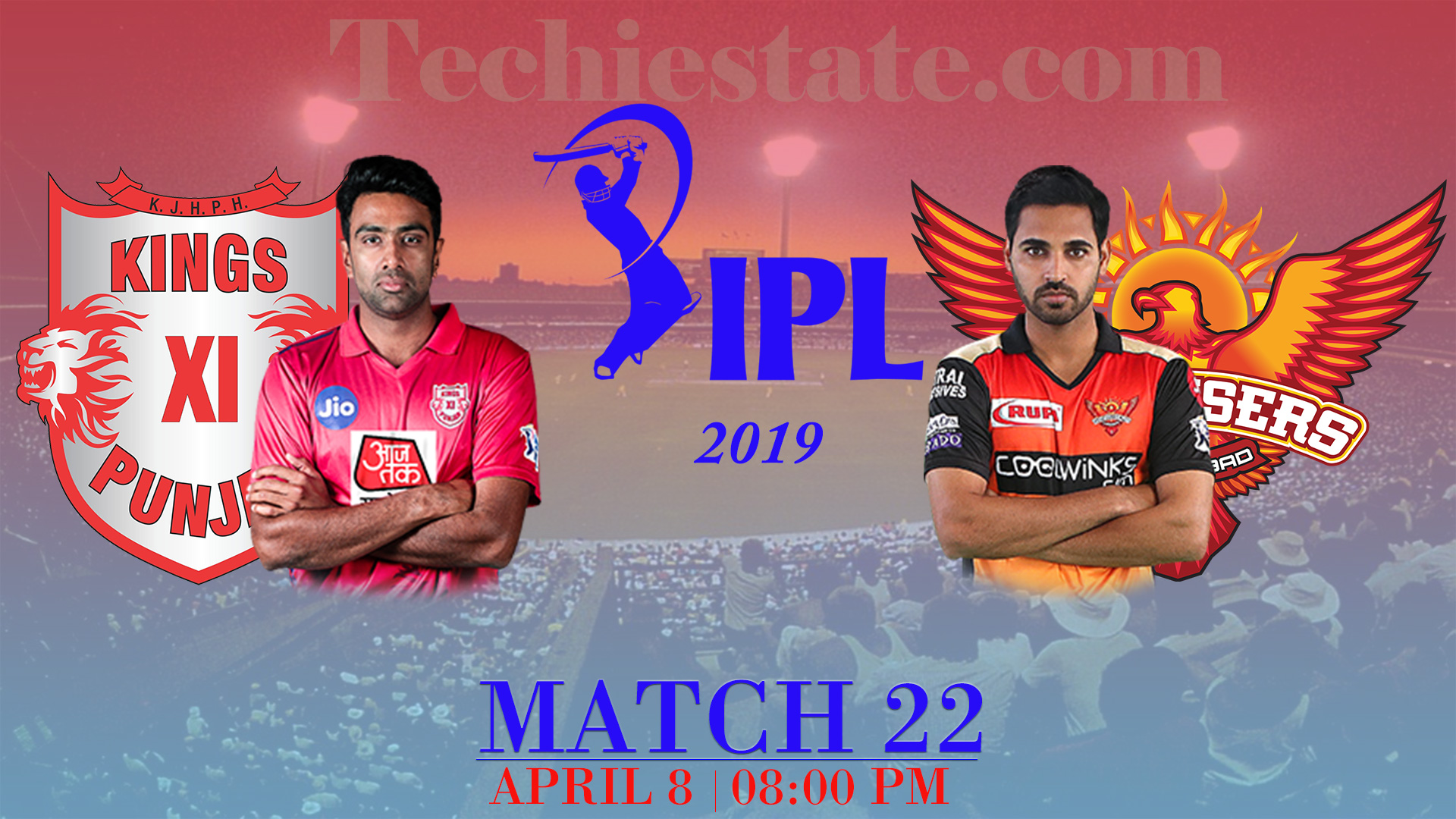 In the previous match, SRH lost the match against MI by 40 runs. Similarly, KXIP has lost the match over Chennai Super Kings by 22 runs. Hence, we expect the teams might throw tough competition in order to win the match in the current edition of IPL 2019. The match is scheduled to begin at 8 PM in Mohali. It’s the home ground of KXIP and they might have higher chances of winning the match. Here is everything you need to know about the upcoming match preview, live cricket updates and more for KXIP Vs SRH match. Have a look!

The Kings XI Punjab won a total of 6 matches in previous IPL seasons at the same PCA stadium in Mohali. They have higher chances to win the match as the stadium has the biggest winning streak. However, it all depends on the performance of the players from the KXIP team. Prabhsimran Singh who is just 18 years is the youngest player in KXIP team. He might make his debut with today’s match against Sunrisers Hyderabad as the powerful bowler from KXIP.

The SRH team has already lost their match against Mumbai Indians in the previous match. David Warner and Jonny Bairstow have delivered best performances with powerful batting during the match. SRH has the best bowling department but in the current edition, the expectations have changed a bit. However, the cricket lovers have immense hope and expectations on SRH to win today’s match over KXIP.

Where to watch Live streaming?

Prediction: As per our prediction, Sunrisers Hyderabad might win the match in Mohali over Kings XI Punjab. As KXIP is inconsistent with their performances in the match, we can predict SRH to win the match today.

Pitch Report: The stadium in Mohali has the best pitch and it has already given adequate chances to the players to score high in different matches. In this stadium, the IPL teams are going to play their 3rd match. Speaking about the weather condition today, it is pretty cool in the evening with a temperature of 24 degrees Celsius at the time on-going match.

Stay tuned to this website for more related information about live cricket scores, match preview and more. For more updates, visit this portal and get to know the updated scores, live streaming information and more.