Kings XI Punjab cricket team recently lost 2 matches against RCB and Mumbai Indians. Now, it is gearing up to battle against Rajasthan Royals on 16th April 2019 at 8 PM. The organization has planned to organize the match at Punjab Cricket Association IS Bindra Stadium in Mohali. In the 32nd match, KXIP will host against RR in the home ground of Punjab. Everyone is highly excited to watch the upcoming match on the live streaming channels. 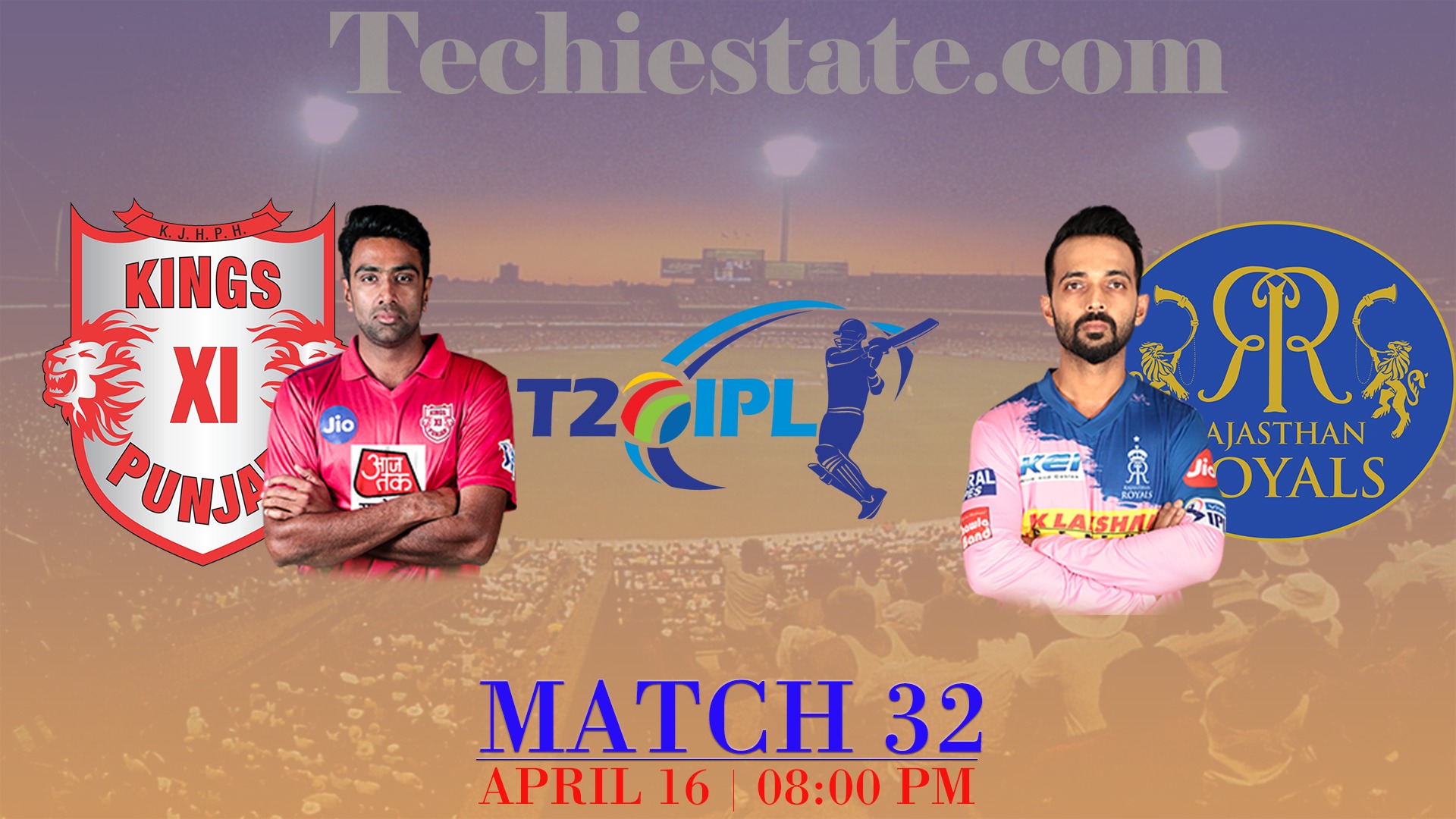 In the ongoing 12th edition of Indian Premier League, the teams KXIP and RR will play their 32nd match. At the beginning of IPL 2019, RR combat against KXIP in which Punjab cricket team won the match by 14 runs. Now, everyone is eager to predict the winner of this match. After winning continuous matches in a series at the Punjab Cricket Association Stadium in Mohali, KXIP lost their match against RCB by 8 wickets in their home ground. Now, it is highly desperate to win the match over Rajasthan cricket team.

KXIP and RR don’t have notable positions on the Points table of IPL 2019. However, both the teams are seeking to try out their luck in the upcoming match in Mohali. Here is everything you need to know about Kings XI Punjab and Rajasthan Royals match. Check the latest news about the live streaming cricket scores, pitch report, match prediction, match preview and more.

Kings XI Punjab is presently in its 5th place on the points table. Till now, the team has won 4 matches out of 8 matches in the ongoing IPL season 12. They have scored a total of 8 points on the IPL points table. At the beginning of the tournament, KXIP was in full form and won different matches over various cricket teams. We expect KXIP who has already experienced 2 losses in a row might boost their performance in their upcoming match.

Rajasthan Royals is still in the 2nd position from the bottom of the points table. They have won only 2 matches out of 7 in the ongoing IPL season 12. RR cricket team has scored 4 points on the points table of IPL tournament. In recent times, the team won their previous match against Mumbai Indians by 4 wickets. We hope that this team has gained enough confidence in order to win the upcoming match over Kings XI Punjab. In today’s match, RR is going to play the match on the home ground of KXIP.

Pitch Report: In today’s match, KXIP will combat against RR at Bindra Stadium in Mohali. The pitch helps the players to score innings at an average of 170.

Prediction: We expect Punjab team might win the match over Rajasthan.

Stay tuned to this website for more live streaming updates of today’s match. Get to know the latest updates about live cricket scores, match predictions, pitch report and more. Bookmark this website by using the keys Ctrl + D.