Kolkata Knight Riders are one of the popular cricket teams in the Indian Premier League tournament. In today’s match, KKR will combat against RCB team in the 35th match at Eden Gardens in Kolkata. Everyone is highly excited about the upcoming match between Kolkata and Bangalore. Andre Russell and Virat Kohli are the probable leading performers in the upcoming match from the teams KKR and RCB. The organized has scheduled to hold the match on 19th April 2019 at 8 PM in Kolkata. 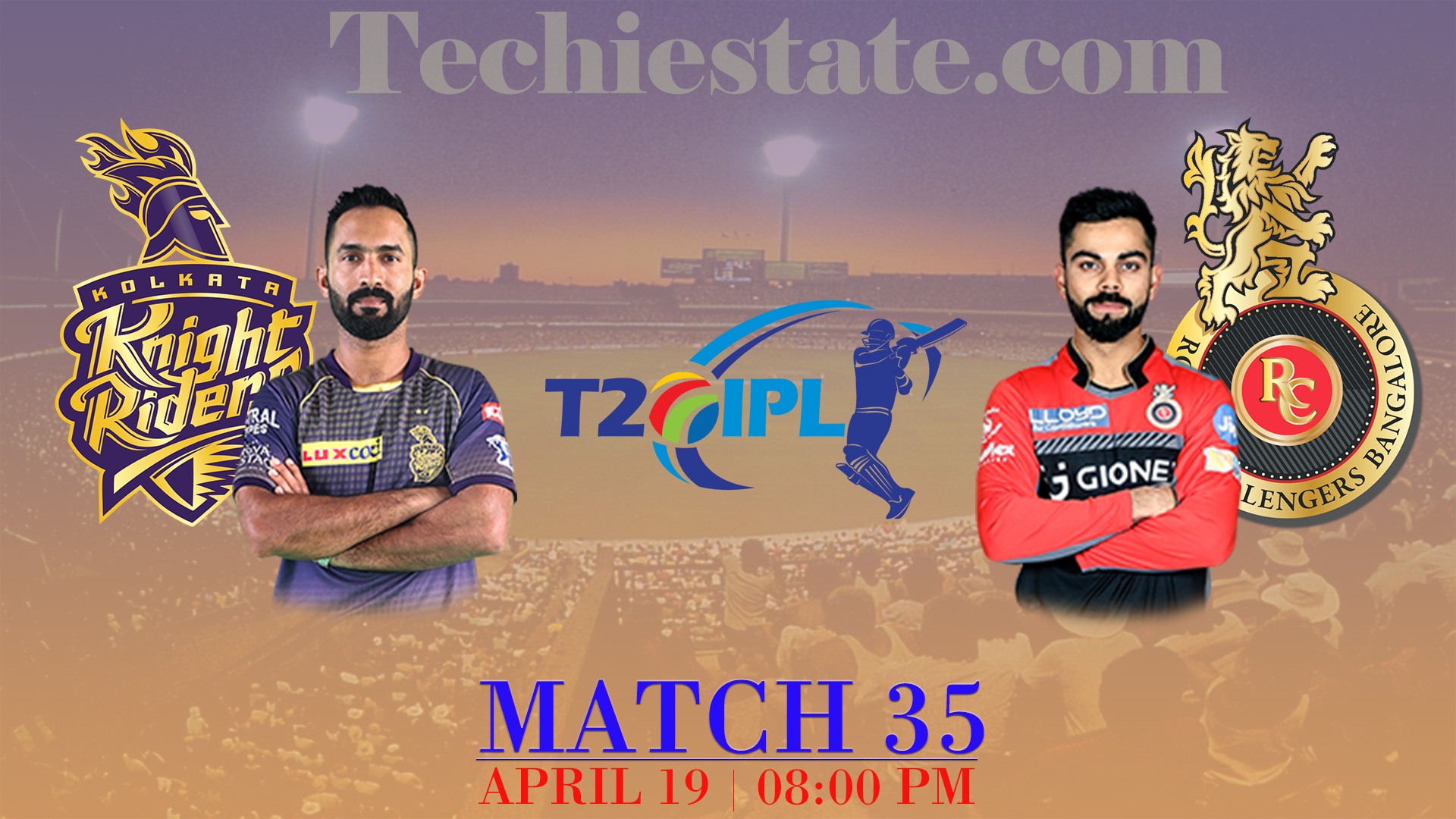 As of now, both RCB and KKR are placed in the bottom positions of the IPL Points table. KKR has scored 8 points while RCB managed to gain only 2 points with a single victory. Here is everything you need to know about KKR Vs RCB Match prediction, match preview, pitch report, weather conditions, live streaming reports and more. Get to know more details about the upcoming match between KKR and RCB on this website.

Kolkata Knight Riders haven’t witnessed a remarkable winning in the ongoing IPL Season 12. They have won 4 matches out of 8 in the current edition. This team recently experienced continuous losses against the opponent teams for about 3 times. Now, the team is seeking to gain the highest score by winning the match over RCB. They have an additional probability on their side that they will soon play this match in their home ground cricket stadium. Most of the people are likely to KKR to win the match in Kolkata.

Royal Challengers Bangalore just got a chance to win a single match in the ongoing IPL season 12 out of 8 matches. As of now, it is in the bottom position on the IPL Points Table 2019. In the recent match, the team lost it against Mumbai Indians by 5 wickets. The one and only one match that they won is against Kings XI Punjab cricket team by 8 wickets. Today, the team is going to combat against Kolkata Knight Riders for the 2nd times. Earlier, they lost the match after playing against KKR. Now, the RCB team is highly desperate to win the match in the home ground of KKR.

Prediction: As per our predictions, we expect that Kolkata Knight Riders might win the match over Royal Challengers Bangalore.

We hope both the teams might give their maximum effort in order to win the match against the opponent team. Stay tuned to this website for more latest updates on the live streaming cricket scores. For more match preview reports, live streaming updates, live scores and more, bookmark this website.