The IPL season has already commenced and everyone is quite excited about the matches. As of now, a total of 7 cricket matches have been organized in different locations. Today, i.e., on Friday 29th March, Rajasthan Royals will compete with Sunrisers Hyderabad at Rajiv Gandhi International Stadium in Hyderabad. The match is scheduled to begin at 8:00 PM. Both the teams that are going to take part in the upcoming match haven’t won in any of the matches in IPL 2019. The teams are anxiously waiting to win this match.

Rajasthan Royals have not yet acquired success against Kings XI Punjab even on their home ground. They lost the match with just 14 runs difference. On the other hand, SRH lost the match by 6 wickets. Hence, both the teams are highly confident on themselves regarding grabbing the success in the match. Here is everything you need to know about the predictions of the upcoming match, which team has the highest chances of winning in today’s ipl match and more. Have a look!

Pitch Report: Rajiv Gandhi International Stadium situated in Hyderabad has the best surface. Most of the players love playing the matches on this ground. Different chasing teams have won a total of 33 matches out of 56 IPL matches. There is a saying that the team that wins the toss will bowl first. Despite having hot weather in Hyderabad, they might get a sigh of relief with the evening temperatures. 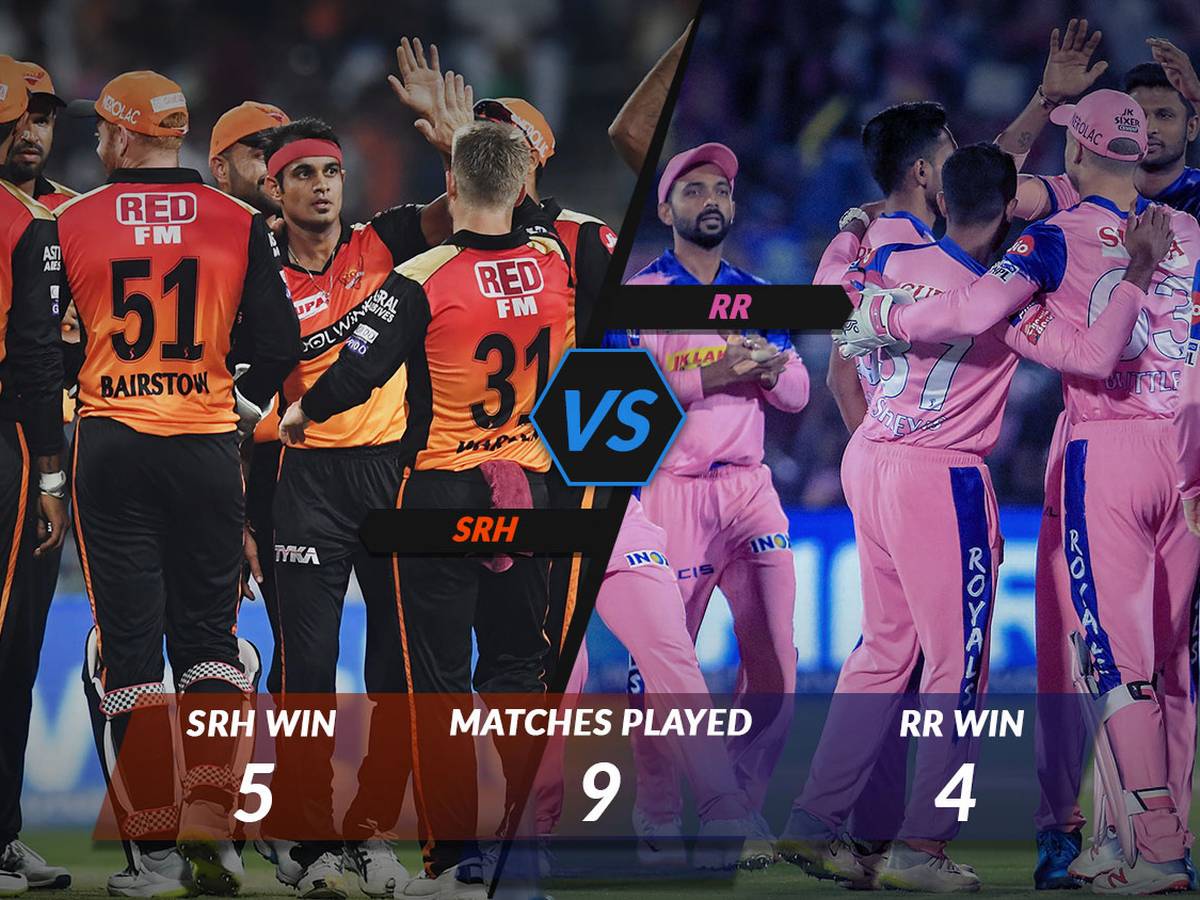 The whole team and the players of Sunrisers Hyderabad have impressed each and every spectator with their mind-blowing performance in the previous IPL 2018 season. They have surpassed powerful cricket teams such as Kolkata Knight Riders and Gujarat Lions previously and set as one of the best teams in IPL. Rajasthan Royals lost the initial match against Kings XI Punjab in the 4th match that took place in Sawai Mansingh Stadium, Jaipur. However, this team has immense confidence in them as they will definitely set a record in today’s match against SRH.

In the previous IPL season, Rashid Khan won 17 matches by 21 wickets. David Warner has already set a record with 4014 runs from a total of 114 matches. He has a strike rate of 142.13 in the previous matches. We anticipate that the match will begin with the batting of Warner for SRH as an opening batsman. The current caption of the SRH team is the right-handed batsman from New Zealand. He is one of the topmost batsmen in the world. He won the Orange Cap in IPL 2018 by scoring a total of 735 runs in 17 matches.

We expect he would deliver spectacular performance in today’s match. Manish Pandey scored 62* in the previous season. He is quite a skilled batsman from Karnataka. With the best team spirit, all the players from the cricket team will show their performance and wins the match. Bhuvneshwar Kumar is the best bowler in this team who is well-known for his swing. He is an economical bowler in the entire Indian Cricket team.

Rajasthan Royals is the popular cricket team in IPL from Jaipur city. Originally, the cricket association founded this team in 2008. Rahul Khadka owns this team. This team will play its home matches at the Sawai Mansingh Stadium in Jaipur. All the players from this team have high potential talent and involve in a plethora of scandals and controversies. After the suspension of Rajasthan Royals and Chennai Super Kings for 2 years for doing corruption and match-fixing, the cricket organization brought Rajasthan Royals into the IPL franchise.

It is the most balanced team that you will come across in the Indian Premier League. They have top-notch bowlers and hard-hitting batsmen and all-rounders in this cricket team. The current captain of Rajasthan Royals is Ajinkya Rahane for IPL season 12. He has a record of scoring 2705 runs and a slew of matches. Shane Watson is the leading wicket-taker in different matches. Rajasthan Royals team members may not make any kind of changes to their arrangement. The franchise is seeking to bring out the best from the list of available players.

Steve Smith is one of the key players of the team. He is the finest batsman from Australia in the current contemporary cricket team. He is the best batsman in the world and has the ability to handle the game single-handedly. Ajinkya Rahane is a dependable batsman in this team. He has the ability to take the complete charge of the team. He is well-known for remaining calm and patient on the field. He has turned out to become a backbone of RR side for several years. In his team in the previous season, he scored 3rd highest runs. Ben Strokes is an all-rounder in league matches. He is currently playing his 2nd season with Rajasthan Royals.

Where to Watch IPL 2019 Live Streaming

Predictions: As per our predictions, the Sunrisers Hyderabad team will win the match in Hyderabad against Rajasthan Royals and registers their initial victory of the current season.

We wish all the players of Sunrisers Hyderabad team to win the title for this season as well.

Previous Post How can social media marketing help you grow your brand?