It’s quite common to witness drastic changes might happen whenever we think some other things could happen. The same thing has happened recently with the powerful team Chennai Super Kings. Till now, CSK secured the topmost position on the IPL Points table 2019. With a single cricket match, Delhi Capitals recently topped the points table after winning the match over Rajasthan Royals by 6 wickets. However, CSK has chances to once again reach the top position after winning today’s match against Sunrisers Hyderabad.

On 23rd April 2019 i.e., on Tuesday, the organization has scheduled to organize the 41st match between CSK Vs SRH at MA Chidambaram Stadium in Chennai. In this post, we have come up with the live streaming updates about the performance of the players from both the teams. Get to know more news about the match prediction, match preview, pitch report, live streaming cricket scores and more. Have a look! 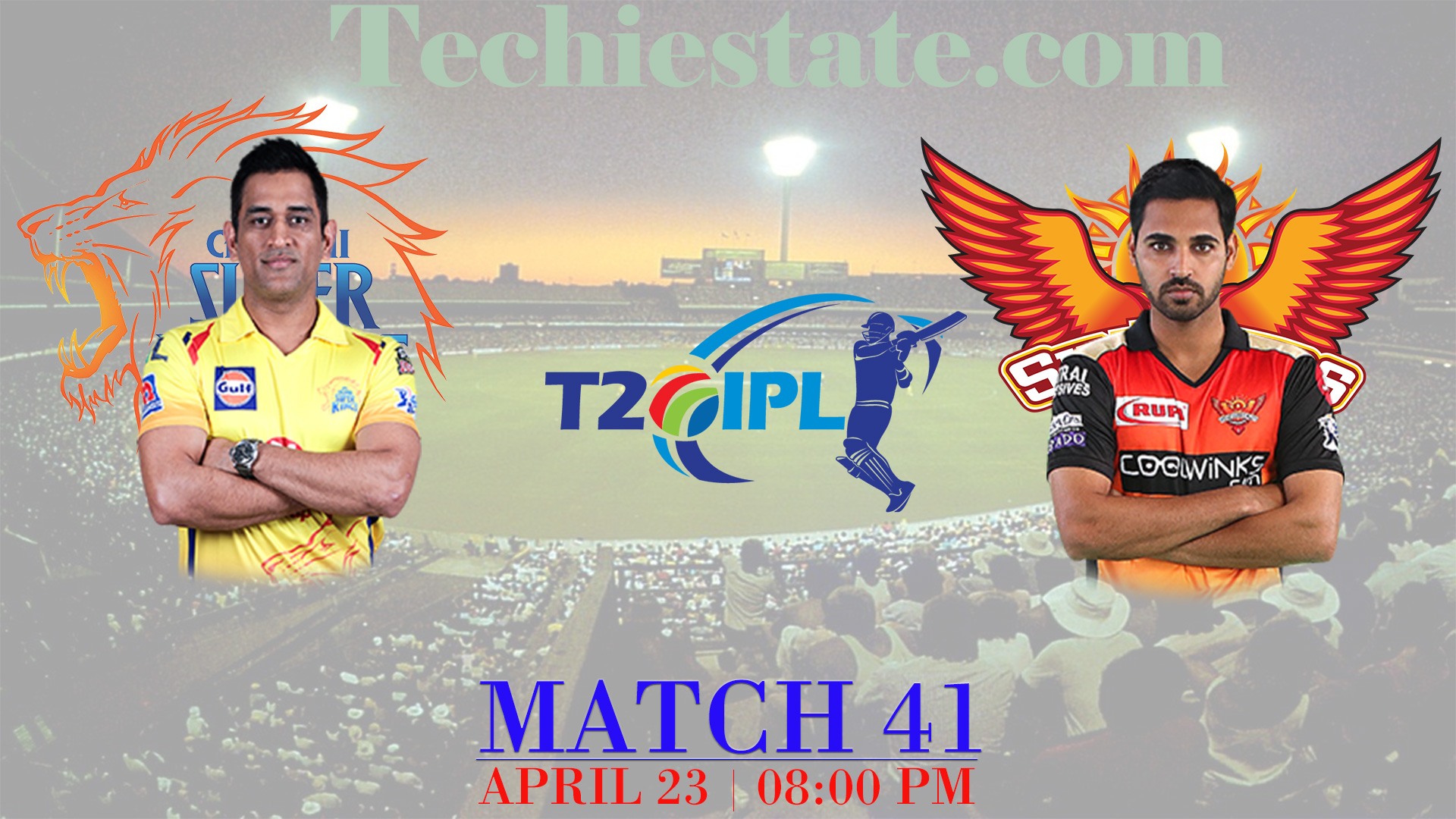 From the beginning of Indian Premier League 2019 Tournament, the players in Chennai Super Kings team have been playing their match in a consistent manner. Due to their loss in the last two matches, the team just lost their top position on the points table. Now, it is placed in the 2nd position on the points table. However, despite the loss of two matches, the players might not have lost their confidence in their team play. Till now, CSK won a total of 7 matches out of 10 matches in the current edition of IPL 2019.

Sunrisers Hyderabad is another best team in the Indian Premier League T20 tournament. In today’s match, CSK is going to play their match against SRH team in the home ground of Chennai. Till now, SRH won a total of 5 matches out of 9 in the current season 12. As of now, SRH has managed to score 10 points on the IPL 2019 points table. Among the players, Kane Williamson is one of the topmost performers of Sunrisers Hyderabad cricket team. There are 50-50 chances among the teams to win the match in the home ground of Chennai Super Kings team. Till now, CSK couldn’t win in their last 2 matches. On the other hand, SRH could win their last 2 matches one is over CSK and the other is over KKR. Hence, there are chances for SRH to win the match.

Pitch Report: The MA Chidambaram Stadium in Chennai is the best cricket ground among different cricket stadiums across various states. This stadium might help the players to gain more runs besides acquiring the boundaries.

Prediction: We anticipate that the Sunrisers Hyderabad cricket team might win the 41st match over the Chennai Super Kings team.

We hope both the teams might put their maximum efforts in order to win the match through their excellent skills. Stay tuned to this website for more related information about CSK Vs SRH live streaming updates, live cricket scores, match prediction, match preview, pitch report, weather reports and more.