Are you tired of lugging around a smartphone that feels more like a tablet? There’s no dispute that large-screen phones make stashing it in your pocket difficult at best. Re-enter the small-screen smartphone, small yet powerful with all the features you need.

The trend of larger screen phones has dominated the market the last several years. But try sitting down with a larger phone in your front jeans pocket. It sticks out awkwardly, looking like it’s about to tumble to the floor. These larger phones don’t fit in normal-sized pockets. A smaller-screen phone fits in your pocket, even a t-shirt pocket, and it doesn’t strain the seams.

Women appreciate the size of the smaller phone because it fits inside a small clutch purse usually carried on evenings out. And even if your carry a larger purse, the smaller phone fits that little pouch inside so your phone doesn’t fall into the bottomless abyss with your sunglasses and everything else. No more digging through your purse looking for your phone.

The smaller phone lets you handle grocery bags or hold on to a young child better since it fits easily into a pocket or purse. If you’re going out for a jog, slip the phone into a wrist strap. Try that with a larger phone that bruises your arm as it bangs along while you jog. Simply put, small phones conveniently take up less space.

It Only Takes One Hand 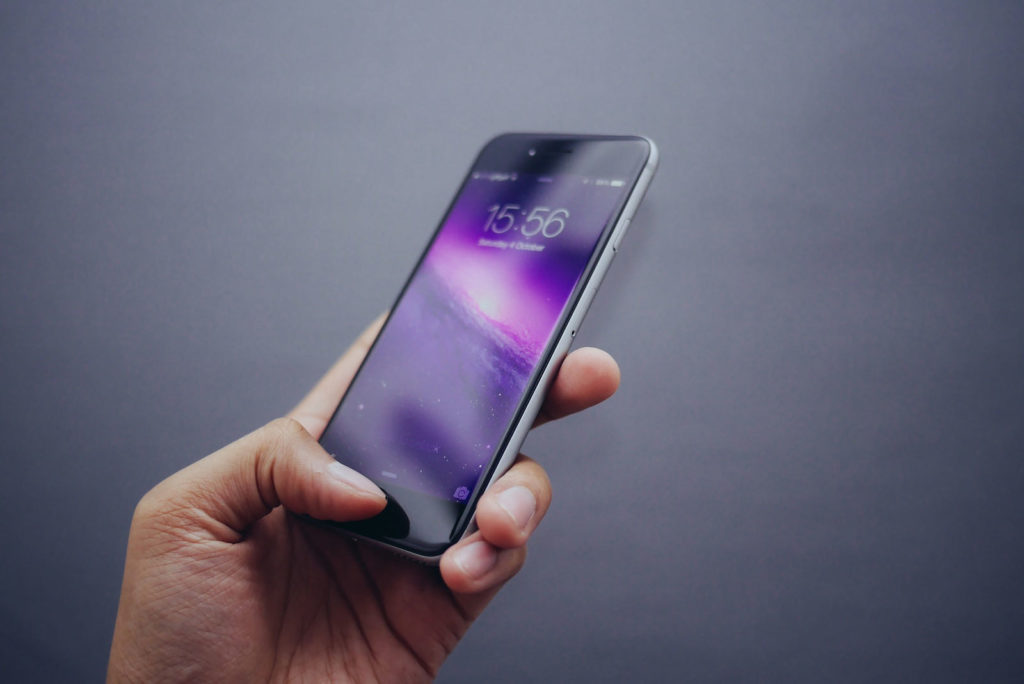 Remember when you worked your phone with one hand? Larger screen phones need two hands, one to hold the device, the other to type or scroll. Say you’re rushing to a meeting trying to hold the larger phone and a cup of coffee. Usually, you end up with hot liquid splashes all over you as try to text or read an email. But only need one hand for the small phone. Text, scroll, and answer the phone, all single-handedly, without spilling your coffee.

Larger-screen phones come with a problem that smaller screen phones don’t have. When the iPhone 6 Plus debuted, the body of the phone actually bent, especially if you sat on it when it was in your pants pocket. That meant pieces inside the phone broke off, and the phone died. With smaller, compact phones, all the pieces stay together, and the cases are more rigid, eliminating any chance of bending.

Just because the phone is smaller doesn’t mean it lacks power or features. For instance, the iPhone SE smartphone uses the same advanced chip as the iPhone 6. In fact, the iPhone SE is the most powerful phone ever using a 4-inch screen. The 12MP camera and 4K video functions capture incredibly sharp images, plus all your favorites apps run just the same as on a larger device.

Today’s webmasters plan for all sizes of screens when setting up apps and websites. Most websites use adaptive layouts so the viewing looks the same on a phone or a laptop. And small screen-phones didn’t disappear once the larger screen phones began selling. So, don’t worry trade in your larger phone for a smaller device and your movies, videos, and games will play just the same. The only difference is that the sleek, streamlined phone that fits in your pocket.

Possibly, one of the best things about the smaller phone is that people report they are less immersed in their phones. Larger phones stay in your hand, which means you use them more. But the smaller phone fits in a pocket and purse, so out of sight, out of mind. So, take a breather and enjoy the world around you. Look out a window occasionally or just sit and relax, it’s easier if you don’t notice your phone.

When evaluating the differences between phone sizes, remember more is not necessarily better. The advantages to a smaller phone include fitting into your pocket, being lighter weight, one-handed use, and not as distracting. Size does matter, but for many, different reasons. See if the return to a small phone is right for you.